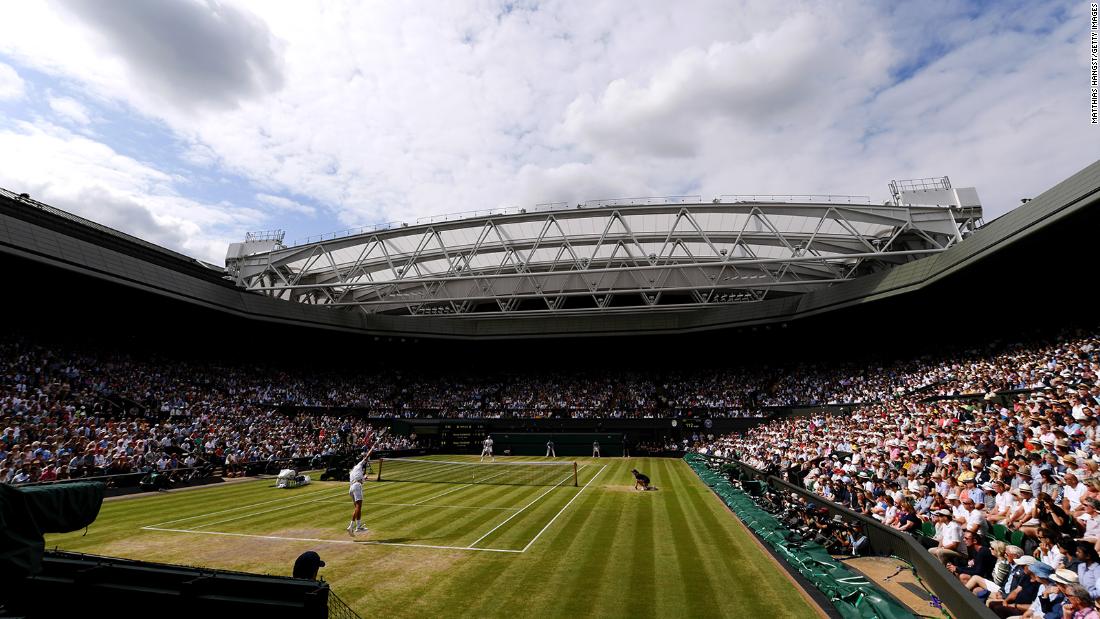 Government spokesman Dmitry Peskov was responding to a question concerning the barring of Russian and Belarusian players from the tournament which was reported by The New York Times on Wednesday.

“Making athletes victims of some kind of political prejudices, intrigues, hostile actions towards our country, is unacceptable. One can only express regret here,” Peskov told a conference call with reporters.

The All England Lawn Tennis Club (AELTC), which organizes and hosts the celebrated grand slam event, told CNN: “We are not able to confirm or deny at present, but plan to make an announcement this afternoon.”

The information was confirmed to the newspaper by “a highly placed international tennis official” who was speaking anonymously.

The official was not authorized to speak on behalf of the AELTC, according to the NYT.

“Considering that Russia is after all a very strong tennis country, our tennis players are in the top lines of the world ranking, the competition itself will suffer from their removal,” added Peskov.

“I would like to wish the guys to do everything in order not to lose shape and not lose their world tennis class.”

The AELTC told CNN earlier this month that it was “continuing to engage in discussion with the UK Government, the LTA (Lawn Tennis Association), and the international governing bodies of tennis” in relation to the participation of Russian and Belarusian players.

The organizers added that they had planned to make a decision ahead of their entry deadline in mid-May.

A ban on Russian players would prevent several high ranked players from competing at the iconic grass court grand slam.

Russia has five women in the top 40 of the WTA Tour rankings.

The AELTC’s decision would be the first time Russian and Belarusian players have been prohibited from competing in an elite tennis event.

Individual players are allowed to compete on the ATP and WTA Tours but not under the name or flag of their countries.

Wimbledon, the third grand slam of the year, is set to begin on Monday, June 27.

Share
Facebook
Twitter
Pinterest
WhatsApp
Previous articleBritish Cycling offers Bradley Wiggins ‘full support’ after he said he was sexually groomed by a coach as a teen
Next articleAfrican cinema is more exciting than ever. Where’s its wider recognition?