Rival fans unite in support of Ronaldo and family 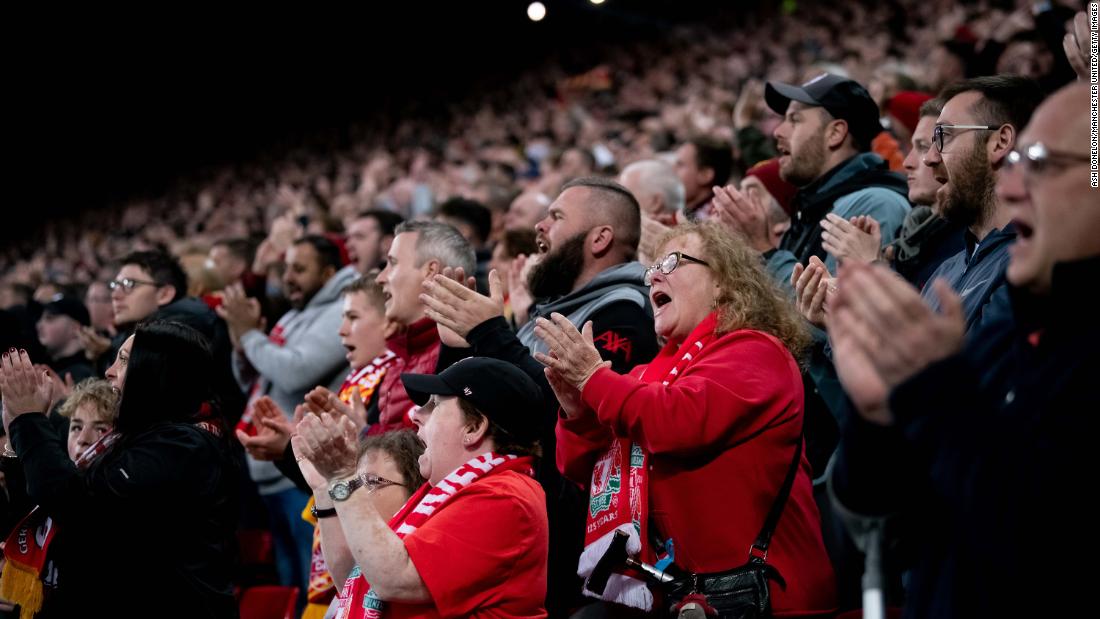 A United shirt with the player’s name and number was also held up in the away end by the visiting fans, while both sets of players had walked onto the pitch wearing black armbands.

The Portugal superstar missed the English Premier League encounter, which Liverpool won 4-0 to move top of the league, as he is on compassionate leave.

He and his partner Georgina Rodriguez had Monday announced the death of their baby boy, saying it was the “greatest pain that any parents can feel.”

Ronaldo and Rodriguez were expecting twins. In a statement on social media, the couple said the birth of their baby girl “gives us the strength to live this moment with some hope and happiness.”

Speaking to reporters after the match, Klopp said: “Pretty sure if you ask anybody about it, my moment of the game, even when it was very important and a great result, was the seventh minute when our people showed pure class.

“The whole stadium together showed pure class, in a moment where we obviously, everybody knew since yesterday, since I heard first time about it, so many things they are much more important in life than football.

“Obviously, we really feel for Cristiano and his family.”

Many messages of condolences have been posted on social media.

United wrote: “Your pain is our pain. Sending love and strength to you and the family at this time, Cristiano.”

Former Brazil star and three-time World Cup winner Pele said: “My friend, I send you my prayers and my condolences at this very difficult time. May God comfort your hearts and enlighten every step of the way.”