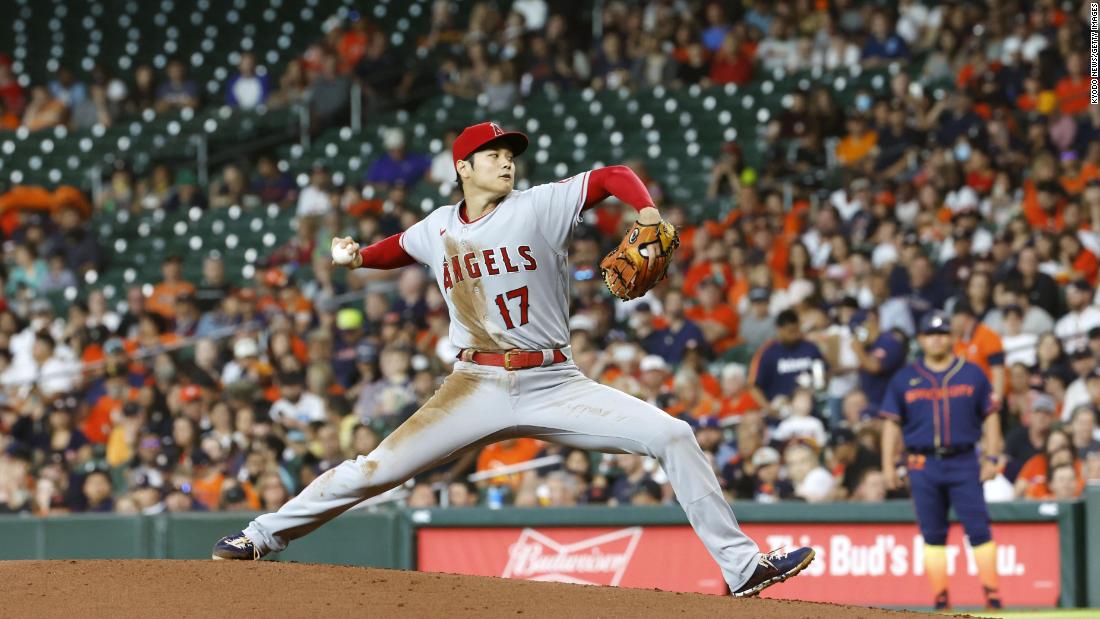 He was throwing a perfect game until giving up one hit and one walk over six scoreless innings — to go with 12 strikeouts — in the Los Angeles Angels’ 6-0 shutout victory over the Houston Astros at Minute Maid Park.

But the Japanese star made history even before making it to the mound on Wednesday.
According to the MLB, he became the first starting pitcher since at least 1900 to bat twice before ever throwing a pitch.
“Getting six runs in the first and starting off a game like that, it’s kind of hard to get locked in and get the outs,” Ohtani said through interpreter Ippei Mizuhara. “But I felt I was able to get one pitch, one batter at a time, and I was able to accomplish that.

“Since we have an off-day tomorrow, my focus was not to try to go long in the game, but get as many outs as I can and hand it over to the bullpen.”

The AL MVP threw 81 pitches on Wednesday, having 20 swings and misses.

When it looked like he might be approaching a perfect game, Astros catcher Jason Castro was able to squeak out a single in the sixth inning.

Before giving up that first hit, 27-year-old Ohtani had two hits, two RBIs and scored a run.

Ohtani used his deadly slider throughout the game, throwing it 35 times. His 12 strikeouts matched his MLB-high in 2018.

Visit CNN.com/sport for more news, features, and videos
“He was at his best tonight, that was a great performance,” Angels manager Joe Maddon said. “I think he just had enough of Houston giving him a hard time, and he wanted to go out there and do something about it, both on the mound and at the plate.”

Maddon added: “His stuff was extraordinary. You can’t even describe it. And again, from the field level, it was incredible. From him, it’s the best I’ve seen.”