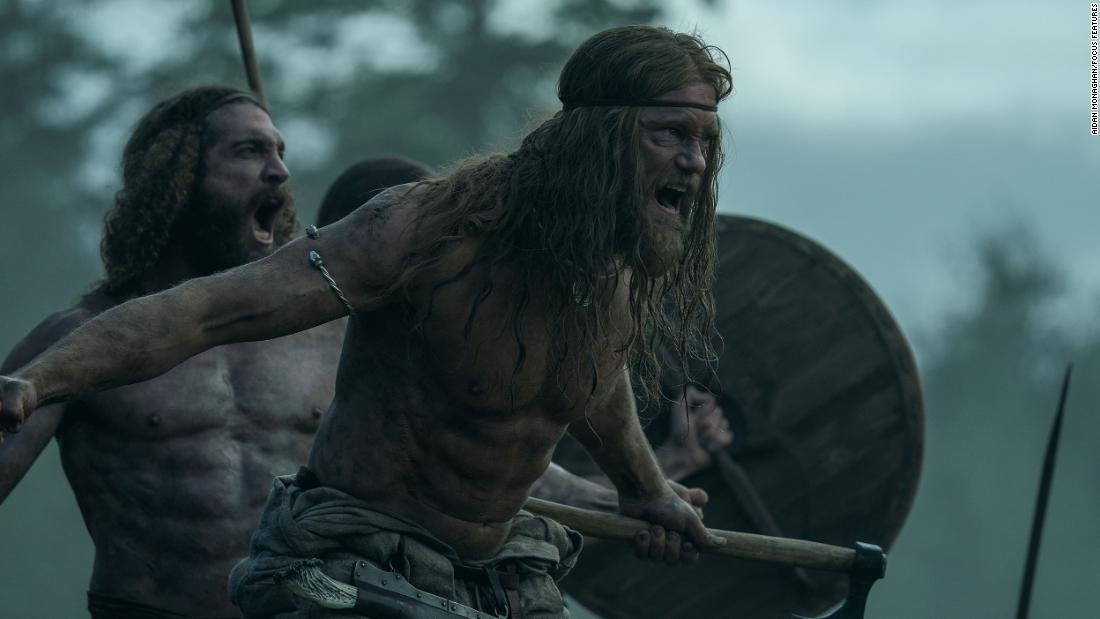 Seldom has a trailer so neatly summed up what a movie is all about, with young prince Amleth witnessing the death of his father, the king (Ethan Hawke), at the hands of the king’s brother, Fjölnir (Claes Bang). Fleeing for his life, the boy vows revenge as well as to liberate his mother (Nicole Kidman), with dad having helpfully given him a pep talk about the importance of vengeance even before this act of fratricide cemented Amleth’s destiny.

Flash forward many years, and Amleth has grown into Alexander Skarsgård, who has clearly been living a brutal existence while pounding the Viking equivalent of protein shakes. Hearing that his uncle has been deposed and now presides over a farm in Iceland, he arranges to be sent there as a slave, bringing him within reach of fulfilling his long-percolating quest.

Having collaborated on the script with Icelandic poet and novelist Sjón, Eggers’ decision to place Fjölnir in a smaller setting essentially lowers the stakes — there’s no throne to reclaim — in a way that mutes the drama. But the real hurdle is teasing out the time before Amleth seeks revenge, waging a sort of psychological war against his uncle before finally pursuing his inevitable goal.

A man of few words, Amleth does find time to bond with another slave (“The Queen’s Gambit’s” Anya Taylor-Joy), offering the prospect for a life that might extend beyond his pronouncement that “My heart knows only revenge,” or stilted references to “The freezing river of hate that runs through my veins.”

Although this is a more commercial enterprise than something like “The Lighthouse,” Eggers infuses the presentation with a hallucinogenic quality, employing washed-out tones and black and white during the stark night sequences. The dream-like aspects are emblematic of a time when the gods were very much seen as intervening in people’s lives and visions of Odin and the Valkyries underscored the mix of superstition and mysticism.

The work of artist Frank Frazetta has seemingly informed the look, and “The Northman” leans into its operatic violence in occasionally grisly fashion, which hardly comes a surprise.

What it doesn’t do is create anything particularly meaty for the actors to play — in contrast to “Vikings” and Netflix’s recent prequel series — though “Lighthouse” veteran Willem Dafoe and Kidman make the most of their limited screen time. (As a footnote, Kidman actually played Skarsgård’s wife in “Big Little Lies,” but hey, that’s Hollywood for you.)

“The Northman” earns plenty of style points, with Eggers having deftly found a sweet spot between his indie-film roots and the sort of big, brawny filmmaking that might attract a larger audience with the promise of mindless spectacle.

At least a little more substance, however, surely would have helped avoid the sensation that when Amleth isn’t directly involved in pursuing his righteous plot to kill Fjölnir, “The Northman” is basically just killing time.

“The Northman” premieres in US theaters on April 22. It’s rated R.