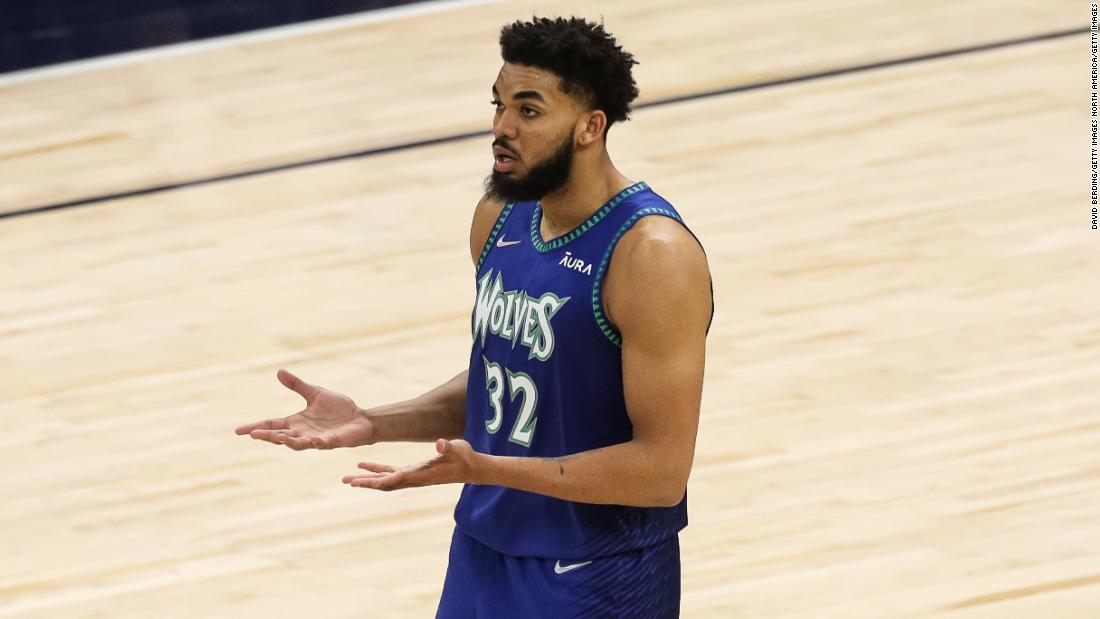 “Like I said after [Game 2] to the media: ‘Cool, we got to come back to our house now. I only seen them at their house.'”

At the time, his Minnesota Timberwolves held a 17-point lead over the Memphis Grizzlies as Game 3 neared the end of the first half, having already led by as many as 26 at the start of the second quarter.

There was every reason for Towns to be feeling confident.

The Timberwolves’ lead shrunk to as little as seven before the half was over, before they managed to open up a 25-point advantage in the third quarter.

What happened next, however, was branded “embarrassing for basketball” by Charles Barkley on the NBA on TNT broadcast.

The Timberwolves were outscored 37-12 in the fourth quarter — including a remarkable 26-2 run — and eventually ended up losing 104-95; that this game wasn’t even close in the closing stages speaks to the monumental nature of the collapse.

Towns, the Timberwolves’ franchise star, finished with a paltry eight points, five rebounds and one assist in 33 minutes of action. More surprising, though, was Towns taking a meager four shots the entire game.

“Go home, drink some wine and move on to the next day,” Towns told reporters about how he would recover from the defeat. “I mean, that’s really simple. Just decompress.

Desmond Bane posted a game-high 26 points, including seven made three-pointers, and Brandon Clarke came up huge off the bench with 20 points and eight rebounds.

The Grizzlies take a 2-1 lead in the first round series, with Game 4 to be played in Minnesota on Saturday before the team head back to Memphis for Game 5 on Tuesday.

As Morant took pleasure in reminding Towns after the game, “we in Minnesota now.”

Elsewhere, the Luka Doncic-less Dallas Mavericks pulled off a surprise 126-118 win at the Utah Jazz to take a 2-1 series lead.

Doncic has missed all three of the games in this first round series with a calf strain picked up on the final day of the regular season, but the Mavs have still flourished in his absence.

After his 41 points in Game 2, guard Jalen Brunson further added to his stock on Thursday with a team-high 31 points for Dallas.

Utah’s Donovan Mitchell led all scoring with 32 points but was unable to lead his team to a comeback after the Jazz found themselves down by 17 in the third quarter.

Doncic has been ramping up towards a return and is looking increasingly likely to play in Game 4, but head coach Jason Kidd said the Mavericks would be taking no risks with their star man.