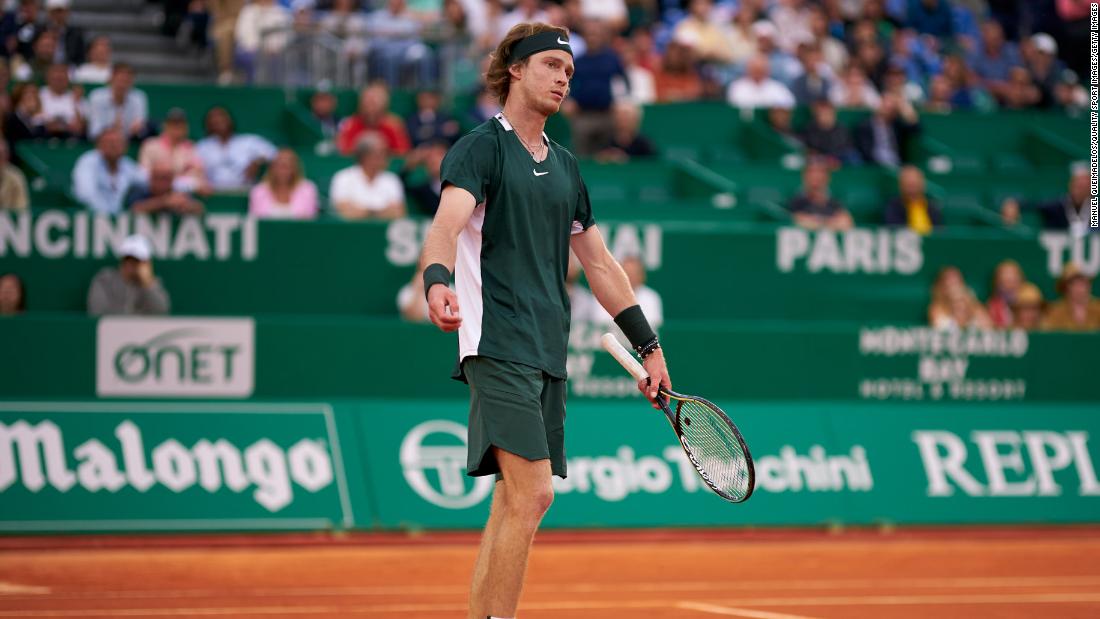 The Belarusian Tennis Federation (BTF) also released a statement opposing the ban, saying that they will seek legal advice over the decision which will “only incite hatred and intolerance on the basis of nationality.”

Rublev, after defeating Jiri Lehecka to advance to the quarterfinals of the Serbia Open in Belgrade on Thursday, told reporters in a post-match press conference that he and other players had a call with Wimbledon organizers on Wednesday in an attempt to find a solution.

“To be honest, the reasons that they give, there is no meaning, there is no logic for what they propose,” Rublev said.

Rublev, who wrote “No war please” on a camera during a match a few days after Russia invaded Ukraine in late February, said it was proposed to Wimbledon to have “at least a chance to choose if we want to play or we don’t want to play.”

“And if there is a statement that we need to sign and on top of that to give all the prize money to humanitarian help, to the families who are suffering, to the kids who suffer,” he continued, “I think that move at least will do something, at least a bit. And it will show that the England government is standing for the peace and they really want to help.”

Rublev wrapped up his statement Thursday to reporters the way he opened it: reaffirming his apolitical status.

The All-England Lawn Tennis Club’s (AETLC) decision to ban Russian and Belarusian players affects several high-profile players. As well as Rublev, who is ranked No. 8 in men’s singles, his compatriots No. 2 Daniil Medvedev, No. 26 Karen Khachanov and No. 30 Aslan Karatsev are currently barred from competing.

On the women’s side, Belarus’ No. 4 Aryna Sabalenka and No. 18 Victoria Azarenka as well as Russia’s No. 15 Anastasia Pavlyuchenkova, No. 26 Daria Kasatkina and No. 29 Veronika Kudermetova are affected.

The AELTC justified its decision as a means to “limit Russia’s global influence through the strongest means possible,” following Moscow’s invasion and ongoing war in Ukraine.

Both the ATP and WTA Tours have criticized the decision, though the AELTC said it would “consider and respond accordingly” if circumstances change between now and June.

Share
Facebook
Twitter
Pinterest
WhatsApp
Previous articleTo my son, born during the climate crisis: Get mad and get ready
Next articleNicolas Cage shows off his silly side playing himself (sort of) with ‘Massive Talent’