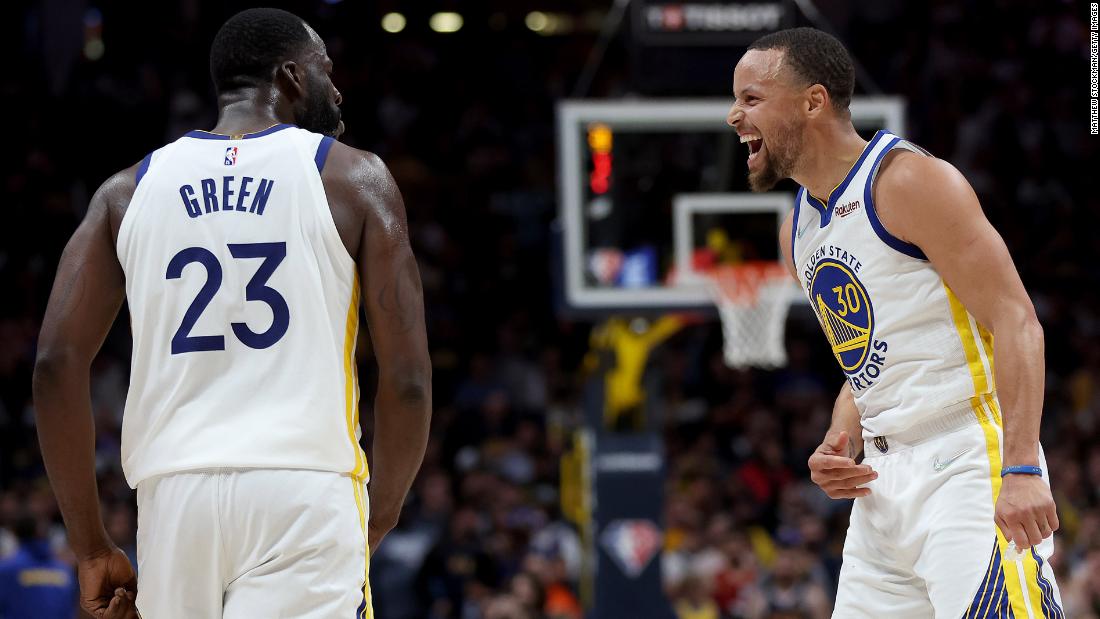 The Dubs’ trio of stars — Steph Curry, Klay Thompson and Jordan Poole — combined for 80 points as the Warriors beat the Denver Nuggets, 118-113, in Game 3 on Thursday night.

The ‘Splash Bros’ — Curry and Thompson — scored 27 and 26 points respectively with 22-year-old Poole continuing his breakout season as he contributed 27 in Golden State’s road win in Denver.

“I don’t remember a better start for a playoff debut for a guard. It’s incredible what Jordan’s doing,” Thompson said after the game.

It means that the team now have a 3-0 lead in their best-of-seven series in the first round of the NBA playoffs and can wrap it up when the teams next play at the Ball Arena in Denver on Sunday.

Warriors head coach Steve Kerr has utilized the three-guard line-up of Curry, Thompson and Poole effectively in the opening two games of the series in California, giving his team the requisite bursts late in halves to overcome the Nuggets.

Curry, Thompson and Poole became the third trio in Warriors history, and first since 1989, to each record 25 points and 50% shooting in a playoff game.

Reigning MVP Nikola Jokic had 37 points for the home team, but it wasn’t enough as the Nuggets lost their seventh consecutive playoff game, a run extending back to last season.

A key Jokic turnover forced by Draymond Green in the dying seconds of the game clinched the victory.

Green’s defense on Jokic in the series has been pivotal, and Kerr praised the 32-year-old afterwards.

“He’s got so much confidence defensively,” Kerr said. “He knows how to use his gifts. He’s incredibly quick and strong and he knows the advantage he has using his speed and leverage. Jokic is so difficult to handle. He gets to wherever he wants, and once he gets to his spot and turns and shoots, he’s got incredible touch.”