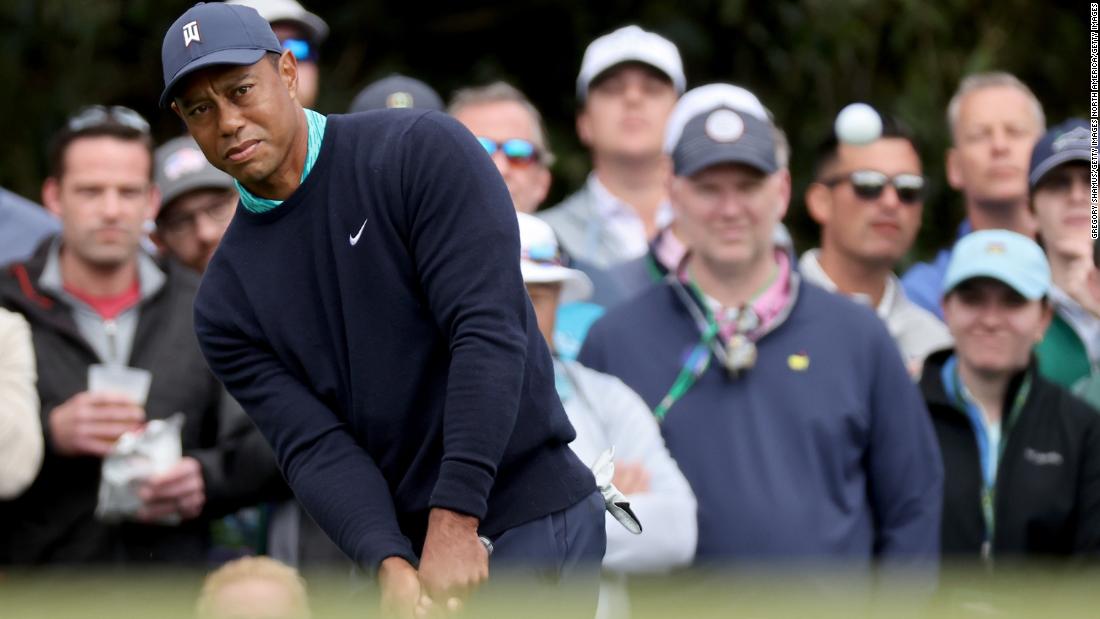 PopStroke Entertainment Group is a “golf and casual dining concept” co-owned by Woods and Greg Bartoli — an entrepreneur and former investment banker. The group already has two facilities in Fort Meyers, Florida and Port St. Lucie, Florida with courses designed by TGR Design, under the direction of Woods.
Woods, who returned to competition at the Masters two weeks ago after sustaining serious leg injuries in a car crash in February 2021, has designed golf courses since 2006, but PopStroke marks his first foray into putting courses.

At the height of his powers, Woods’ putting was almost perfect; between 2002-2005, he missed just three of his 1,540 putts from three feet and in on the PGA Tour, according to Golf Channel.

“We are excited to introduce PopStroke to the Sarasota community as we continue our expansion,” Woods said in a press release. “PopStroke is about bringing friends and families together to create lasting memories around the game of golf.”

The PopStroke putting courses were constructed entirely with synthetic turf, mirroring the undulations, fairways, bunkers and rough that feature on traditional golf courses.

One — the Tiger Red Course — will challenge “even the most experienced putters with strong contouring and tricky hole locations,” while the other — the Tiger Black Course — “has softened contours to create an ideal course for families and anyone new to golf.”

“We have created two 18-hole putting courses that can be enjoyed by all, regardless of age or skill level,” Woods said. “We look forward to welcoming a new generation of players to our unique putting experiences at PopStroke Sarasota.”

Alongside the golf course, there will be an outdoor dining area complete with a full menu, craft beer, wine, signature cocktails and ice cream.

The course at Sarasota will be the first of seven planned PopStroke facilities set to open in the next 18 months as the company seeks to expand across the USA.