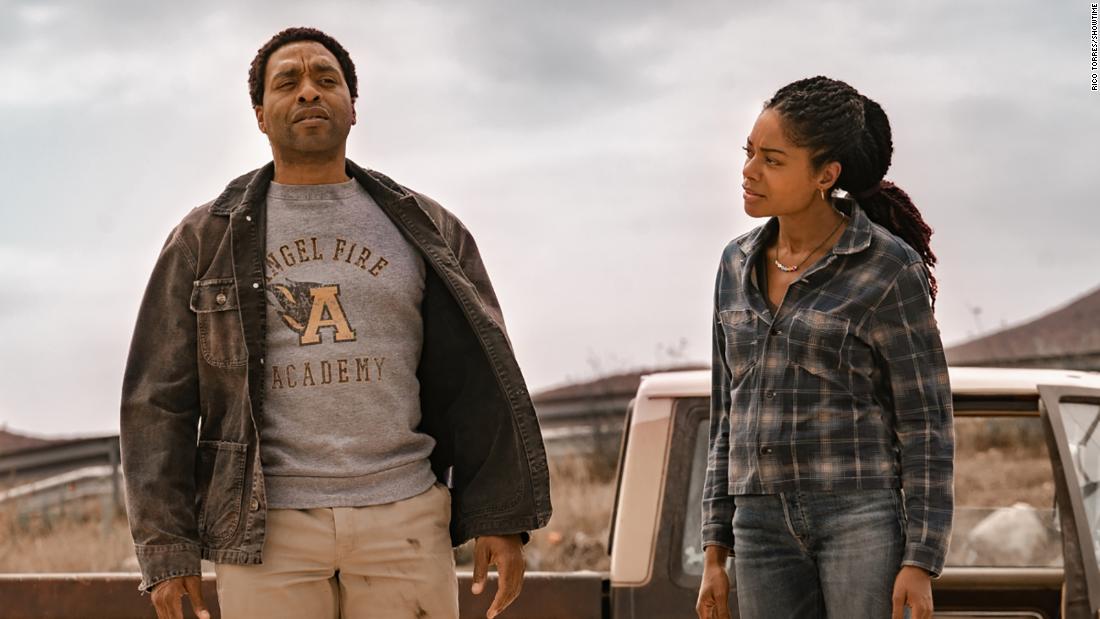 The British actor portrays Faraday, an extraterrestrial who comes to Earth as part of a plan to save both it and his home planet in the Showtime series, “The Man Who Fell to Earth.”

He told CNN it was a role he couldn’t resist.

“I thought that the character of Faraday was just such a great opportunity,” he said. “As an actor to go on such a crazy but beautiful kind of arc and journey with this character, really to find something remarkable.”

If the title and storyline sound familiar, it’s because it’s billed as an “inspired continuation” of the 1976 science fiction film starring David Bowie.

But, this time, it’s a series with Black actors, Ejiofor and Naomie Harris, portraying the main characters.

Harris stars as Justin Falls, a brilliant scientist who Faraday enlists to help him on his mission.

Jenny Lumet co-wrote and executive produced the series with Alex Kurtzman and said having actors of color was purposeful.

“The first character we understood was the character of Justin,” Lumet said. “I believe that you can make the argument that women of color are the most vulnerable populous on this planet. If I were coming and if I wanted a true and clear picture of this planet, those are the binoculars that I would need.”

Harris told CNN her character reminded her of her own mother and many of the other women who helped raise her, especially given the responsibility and tension involved in Justin linking up with Faraday, who literally has to learn how to communicate with her.

“I think that connection only comes about when we get over our fear of each other and when we are willing to listen and to communicate,” she said. “And that means listening to people whose perspectives we don’t necessarily agree with as well, but we have to be willing to listen anyway.”

Co-writer Kurtzman noted that those are important lessons coming at a time when many are “asking these enormous questions about how we got to this particular moment in our timeline as a species.”

“And we could either deliver that to you in a very ‘eat your vegetables’ kind of way, or we could use science fiction as a genre and the prism of Fairday and Justin, both of whom really are the ultimate outsiders, as a way of looking at our planet and a way of looking at who we are now,” Kurtzman said.

“The Man Who Fell to Earth” debuts on Showtime on April 24.