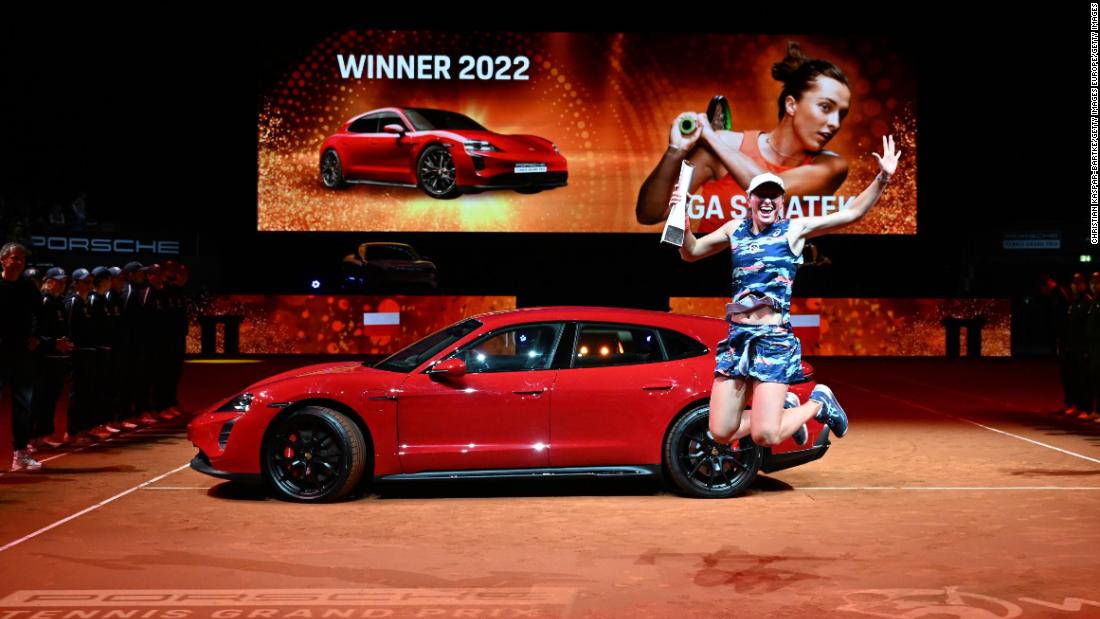 Swiatek, a former French Open champion, had breezed through the opening rounds of the WTA 500 claycourt tournament before facing her biggest test in the semi-finals, where she battled back from a set down to overcome Ludmilla Samsonova on Saturday.

The Polish 20-year-old showed little signs of fatigue from that marathon clash as she saved an early breakpoint and raced ahead 3-0 before holding firm and taking the opening set when third-seeded Sabalenka, last year’s runner-up, double-faulted.

The pair had split their previous contests — in last year’s WTA Finals and the Qatar Open in February — but it was the in-form Swiatek who excelled in their first claycourt meeting, dealing effortlessly with her opponent’s big hitting.

The error-prone Sabalenka looked to mount a comeback after a crucial hold of serve at the start of the second set but Swiatek switched gears to break for a 4-2 lead and completed the victory when the Belarusian sent a shot long.

“It’s always super tough playing against Aryna. We fought for every game and hopefully there are more matches to come,” Swiatek, who was given the keys to a red Porsche Taycan car following her seventh career title, said.

“The last couple of days have been tough … I want to thank my dad who finally decided he will come with me for tournaments. The atmosphere in this arena was amazing tdoay.”

Tournament debutant Swiatek’s success in Stuttgart follows her triumphs in Doha, Indian Wells and Miami, and makes her a firm favourite for Roland Garros starting on May 22.