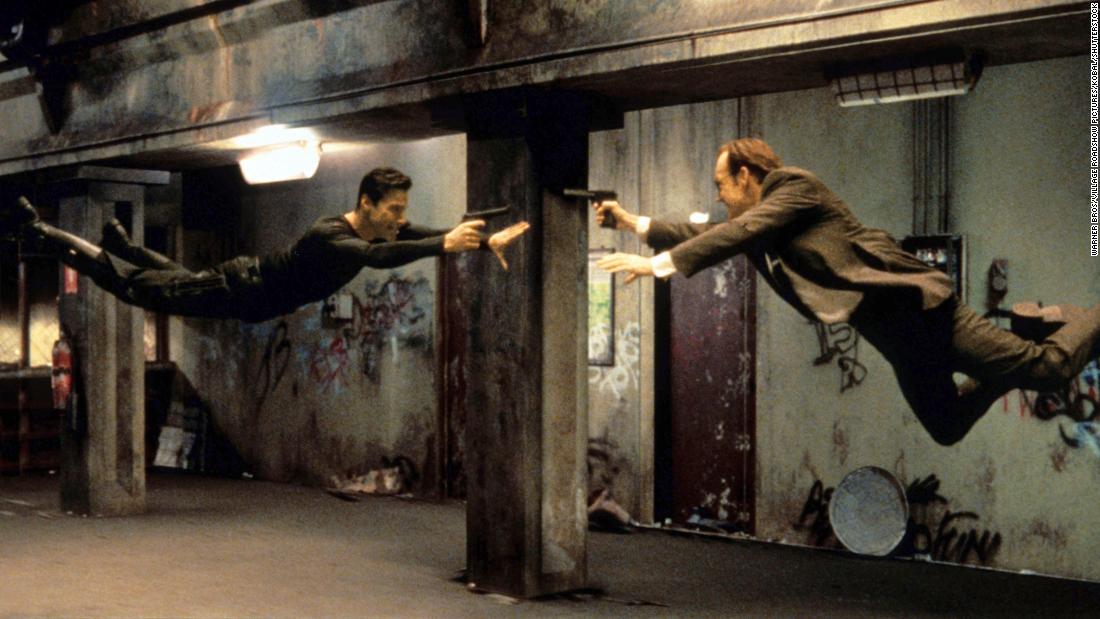 It wasn’t easy to part with some of the treasures, Lilly Wachoswki said, including original pieces from some of the most iconic moments from the sisters’ works. But the proceeds from the auction are going toward organizations that advocate for and protect transgender youth, a cause close to the sisters’ hearts.
Lilly Wachowski tweeted that she and Lana had been doing some “spring cleaning” when they “happily decided to pass on some of the best treasures we’ve been collecting over the years!”

“no ark of the covenants but some pretty major and magical artifacts!” she said.

Fans of the Wachowskis have dozens of limited-edition and one-of-a-kind items to sift through, like original artwork, mock-ups of famous setpieces and some knick-knacks from the Wachowskis’ desks. They are also plenty of rare finds from their Netflix series “Sense8” and films “Jupiter Ascending” and “Speed Racer,” with bids beginning at $30 for some items.

The sale of every item, from the sisters’ MTV Movie Awards for “The Matrix” to the iconic lightning rifle from the first film in the series, will support the Protect & Defend Trans Youth Fund, introduced by Ariana Grande last month. The donations collected by the fund will be distributed among several organizations that serve trans people, including the Black Trans Advocacy Coalition and Transanta.
Both Wachowski sisters are trans and have decried anti-transgender legislation introduced (and sometimes, passed) throughout the US.
Lilly Wachowski, who directed and wrote the first three “Matrix” films with Lana, said in 2020 that their seminal series is an allegory for transitioning. The story is “all about the desire for transformation” from the perspective of Neo, played by Keanu Reeves. Both sisters publicly came out as trans years after the release of the third “Matrix” film.
Their series “Sense8” took a more overt approach to trans storytelling from the perspective of trans character Nomi, played by trans actress Jamie Clayton.

Wachowski diehards can access the auction online. The live auction begins May 12 at 11 a.m. ET.