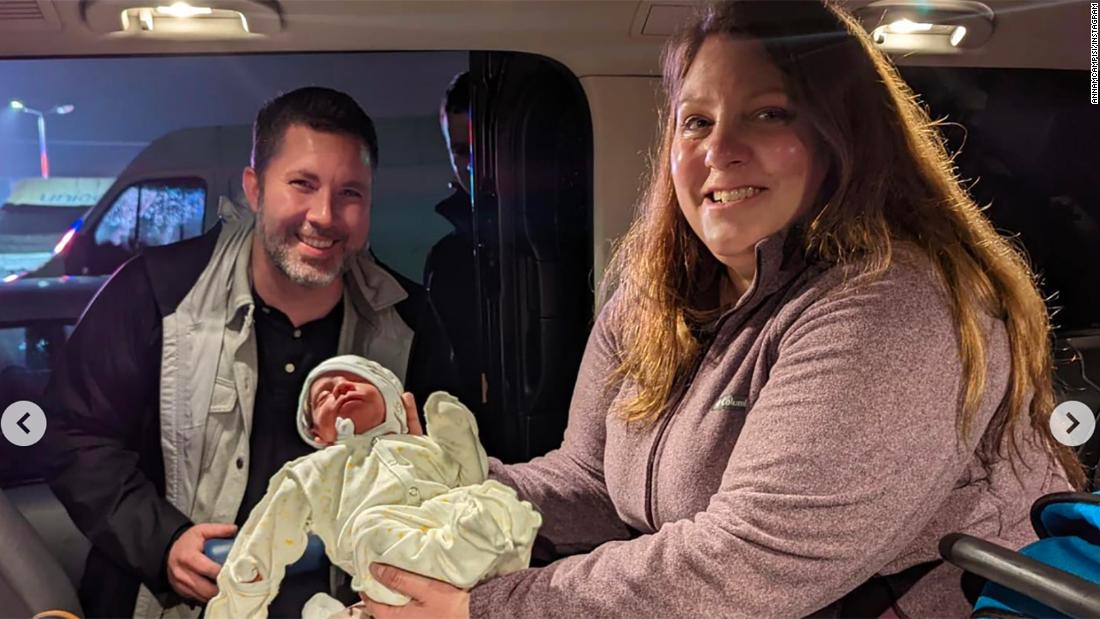 Campisi announced the news that their son, Gokhan John, was born via a surrogate on April 11.

She wrote in the caption of a series of photos that their son was born five weeks early but is “doing amazing! Just a small guy at 5.3 pounds 18 inches.”

“Our surrogate is also doing well!,” Campisi wrote. “I was able to meet her and she’s such an amazing woman!”

She also hailed the Dynamo Project, which she said helped them safely pick up their son in war-torn Ukraine.

“They planned the logistics including travel into Ukraine, a safe place to stay while in Ukraine, and travel while inside,” she wrote. “They were with me the entire time.”

The couple’s story played out on Season 7 of “90 Day Fiancé,” with the pair having a language barrier as Mistanoglu is from Turkey and Campisi lives in Nebraska.

They fell in love despite the long distance and language barrier. Mistanoglu eventually joined Campisi in the US, where they wed.

Campisi is also the mother of three sons, Joey, Gino and Leo, from a previous relationship.

“90 Day Fiancé” airs on TLC, which is owned by CNN’s parent company.