Figure skater Kamila Valieva could not have achieved ‘perfection’ while doping, says Putin 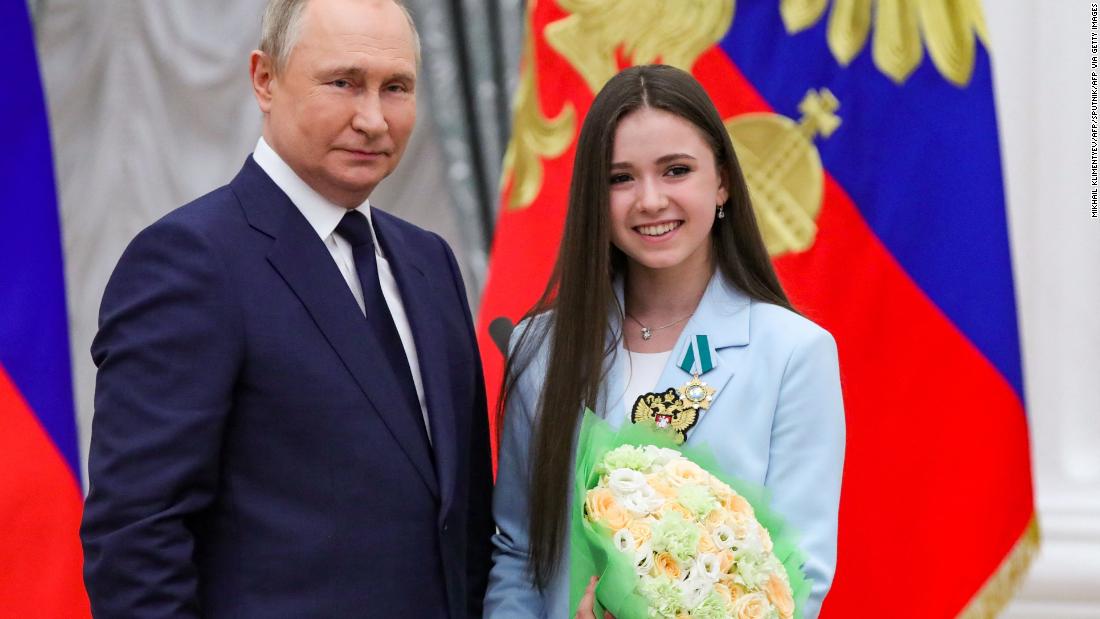 “It is utterly impossible to achieve such perfection using unfair methods, with the help of additional substances and manipulations,” the Russian president said on Tuesday.

“There is no place for such additional methods in the sport of figure skating and we all know it well and understand,” Putin said at a ceremony awarding Russia’s 2022 Beijing Olympic Games medalists on Tuesday, Russian state media TASS reported.

Valieva became ensnared in a doping controversy at the Beijing 2022 Olympics after she tested positive for the banned substance trimetazidine, which is commonly used to treat angina, and which can enhance endurance by increasing blood flow to the heart.

Although the 15-year-old failed a drugs test in December, before the Olympics, the result only came to light during the competition when it was analyzed and reported to the Russian Anti-Doping Agency (RUSADA) in February.

Valieva was then suspended the day after she had guided the Russian Olympic Committee (ROC) to a gold medal in the team event where she became the first woman to land a quadruple jump in a Winter Olympics. It remains unclear whether the medal will be revoked.

She was later cleared by the Court of Arbitration for Sport (CAS) to compete in the women’s individual figure skating competition during which she fell multiple times, left the ice in tears, and ultimately finished fourth.

Valieva had blamed the positive test on a mix-up with her grandfather’s drugs, as he uses trimetazidine for his heart condition.

Russia’s history of widespread doping is well-documented; in 2019, Russian athletes were barred by WADA from international competitions over doping violations. On appeal, CAS ruled that individual Russian athletes could compete but would present themselves as ‘neutral athletes’ unable to use the Russian name, flag, or anthem.

“The whole country, as well as figure skating fans across the globe, rooted for Kamila,” Putin said on Tuesday, according to TASS.

“She managed to accumulate her talent, all of the most complicated figure skating elements, her plastique, beauty, the power and tenderness, as well as her hard work to bring this sport to the level of the true art,” he said.

Putin’s comments came as the world of sport continues to shun Russia in response to Moscow’s invasion of Ukraine.