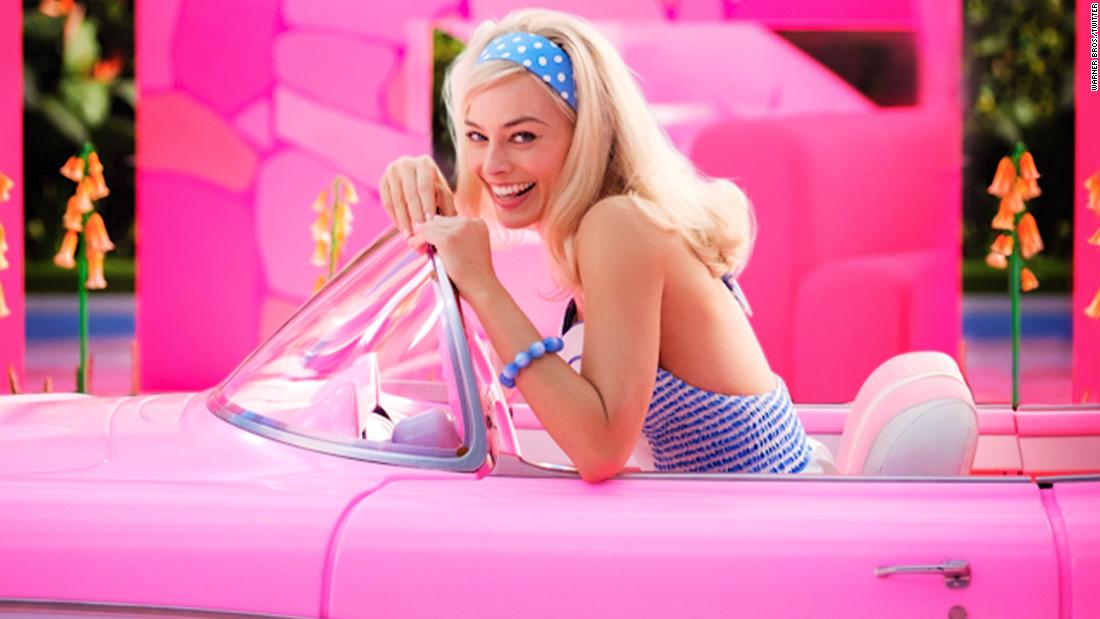 Life in plastic is certainly looking fantastic for Margot Robbie, as Warner Bros. teased Barbie fans with a glimpse of its upcoming new movie.

In a first image of the 2023 release, posted on social media, the Australian actress sports a big, sparkly smile as she grips the wheel of the shocking pink Chevrolet Corvette.

Fans of the classic doll will be interested to see the Hollywood studio’s interpretation — and of course, Barbie’s wardrobe. In the first look, Robbie wears a blue-and-white-striped halterneck top, complemented with a polka dot headband and chunky bead bracelet. Her blond hair sits below the shoulder in relaxed waves.

The image was tweeted by Warner Bros. Pictures with a simple caption: “#BARBIE July 21, 2023 Only in theaters.” The studio is owned by CNN’s parent company, Warner Bros. Discovery.

Ryan Gosling is set to star as Ken in the live-action movie directed by Greta Gerwig, who also wrote the screenplay alongside Noah Baumbach. The cast also features the likes of Will Ferrell and America Ferrera.

Robbie’s screen breakthrough came when she was cast opposite Leonardo DiCaprio in Martin Scorsese’s dark comedy “The Wolf of Wall Street.” She was nominated for an Academy Award for her portrayal of ill-fated Olympic ice skater Tonya Harding in “I, Tonya“ in 2017 and has also embodied the DC Comics villain Harley Quinn.

Barbie first emerged in 1959 after Ruth Handler, one of the founders of toy firm Mattel, was inspired by observing her daughter Barbara play with paper dolls for hours. According to Mattel’s website, she recognized the “opportunity to champion and inspire girls by introducing a three-dimensional doll that shows them that they can be anything.”

The first-ever Barbie had blond hair, blue eyes and was wearing a bathing suit. Barbie has been everything from a secretary to an astronaut and a first lady.

Mattel calculates that two Barbies are sold every second somewhere in the world.