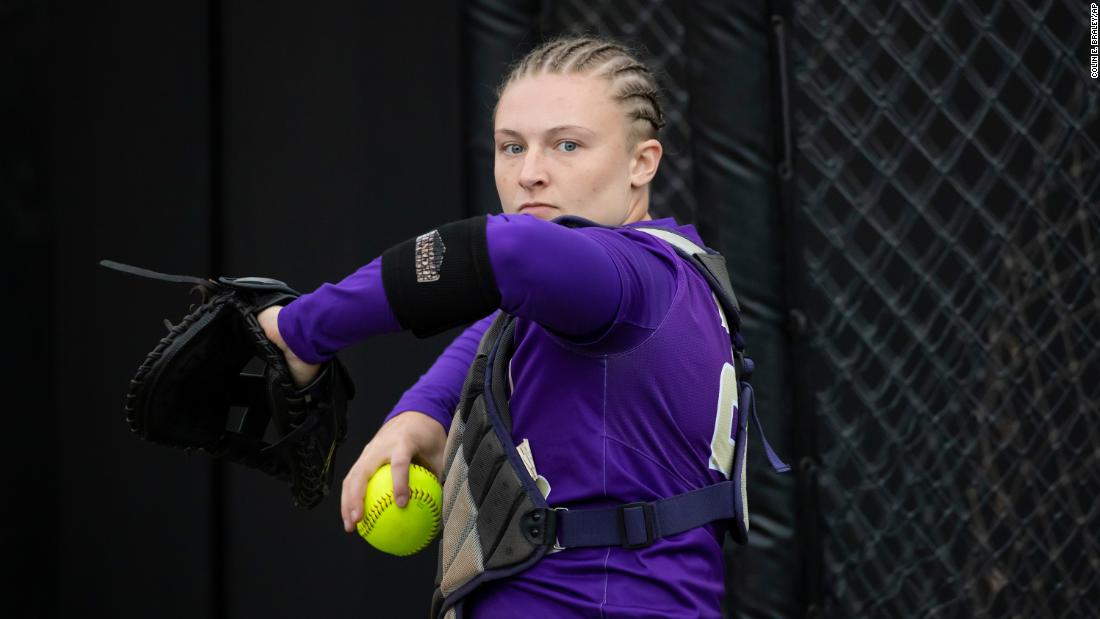 The cause of her death nor any other details were announced.

A co-statement posted by JMU president Jonathan Alger and director of athletics Jeff Bourne said: “Our hearts are aching, hearing the news of the loss of one of our student-athletes. Lauren Bernett was a high-achieving member of our softball team and a great ambassador of JMU and our athletics program. She was a key member of our 2021 Women’s College World Series team as a freshman catcher last year.”

Tuesday’s statement included contact information for school resources, including the phone number for the school crisis center and a weblink to a mental health and wellness provider.

A sophomore catcher, Bernett was just named “Player of the Week” on Monday by the Colonial Athletic Association.

She went seven-for-nine in a three-game weekend sweep over Drexel University — hitting .788 with a home run, seven RBIs and four runs scored.

The team’s scheduled doubleheader on Wednesday against Longwood University was canceled. The athletics department tweeted it had set up a flower drop and memorial outside the softball team’s Veterans Memorial Park entrance.

According to her JMU bio, Bernett was a member of the National Honor Society and planned on majoring in biology with a minor in pre-vet.

Last season, Bernett and her teammates made national headlines with the Dukes’ unexpected, first-ever run to the Women’s College World Series national semifinals. JMU finished its best-ever season with a 41-4 record.

Bernett’s former batterymate and breakout star of JMU’s World Series run, Odicci Alexander, tweeted Wednesday: “Love you LB” and “You really never know what someone is going through.”