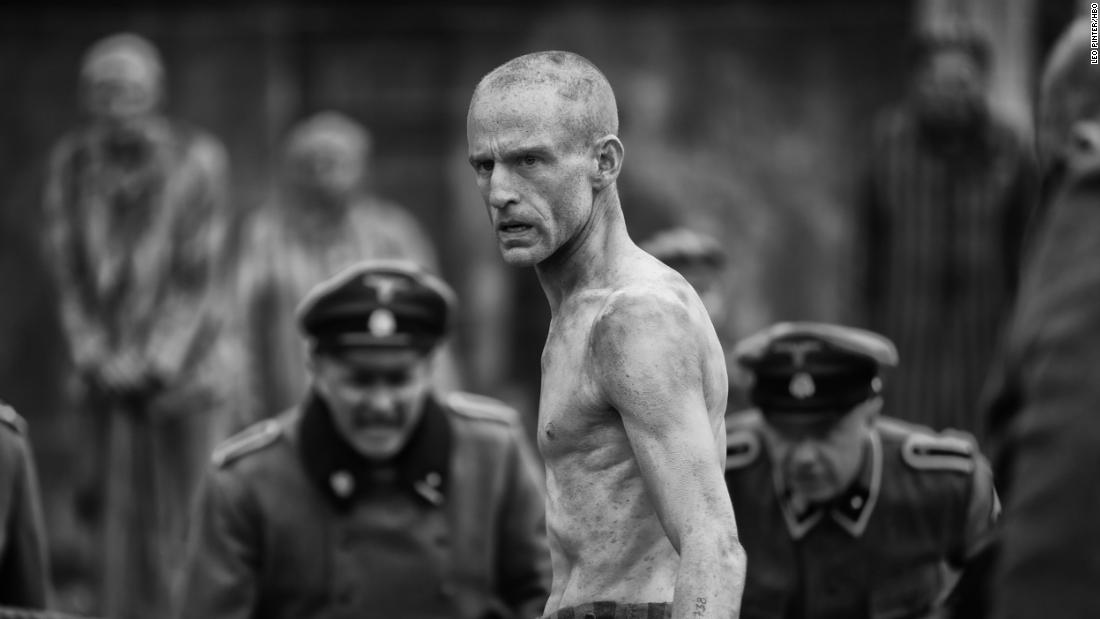 The project marks the fourth HBO film from director Barry Levinson, whose past efforts were devoted to Joe Paterno, Dr. Jack Kevorkian and Bernie Madoff. While each of those figures are better known, for dramatic purposes it’s hard to top Haft, who survived Auschwitz by boxing against fellow prisoners to entertain the Nazis, before emigrating to the US, where his short-lived boxing career included a memorable bout with future champ Rocky Marciano.
The major miscalculation involves the casting of Ben Foster, who is very good as Haft, but roughly twice as old as he was during World War II. Although Foster plays the character over the course of decades, those scenes — stark and brutal, shot in black and white — are so central to the movie that the disparity between a character barely out of his teens and the actor feels particularly acute.

Rail-thin as a prisoner, Haft is noticed by a German officer (Billy Magnussen), who offers him the opportunity to survive — and even enjoy certain privileges — by engaging in gladiatorial combat with other prisoners.

Those bare-knuckled brawls prepared him for professional boxing, though Haft remains both haunted by his memories and distracted as he tries to locate a woman he knew at Auschwitz to see if she too survived and made it out. Indeed, he boxes in part hoping to achieve the level of fame necessary to get his name out and alert his long-lost love to the fact that he’s still alive, a search that brings Haft into contact with Miriam (“Phantom Thread’s” Vicky Krieps), who conducts such investigations for survivors.

“These are the choices we made every day,” he tells her, exhibiting a common reluctance to discuss what transpired during the war that spills over into his later life as a husband and father.

When not flashing back, much of the focus is on Haft’s boxing career, with John Leguizamo as his trainer, Danny DeVito as another fight pro and Peter Sarsgaard as a sportswriter who takes an interest in his story. The bout with Marciano is beautifully shot, though just a small part of Haft’s life.

Adapted by Justine Juel Gillmer from a book by Haft’s son, Alan, “The Survivor” was produced in concert with the Shoah Foundation, joining the firmament of horrific Holocaust stories that are both grisly in their depictions of what transpired and stirring examples of indomitable spirit and will.

It is, by any measure, a truly great and inspiring story. And if that doesn’t translate into a great movie, like Haft’s slugfest with Marciano, it makes a strong enough showing to more than earn your respect.

“The Survivor” premieres April 27 at 9 p.m. ET on HBO, which, like CNN, is a unit of Warner Bros. Discovery.