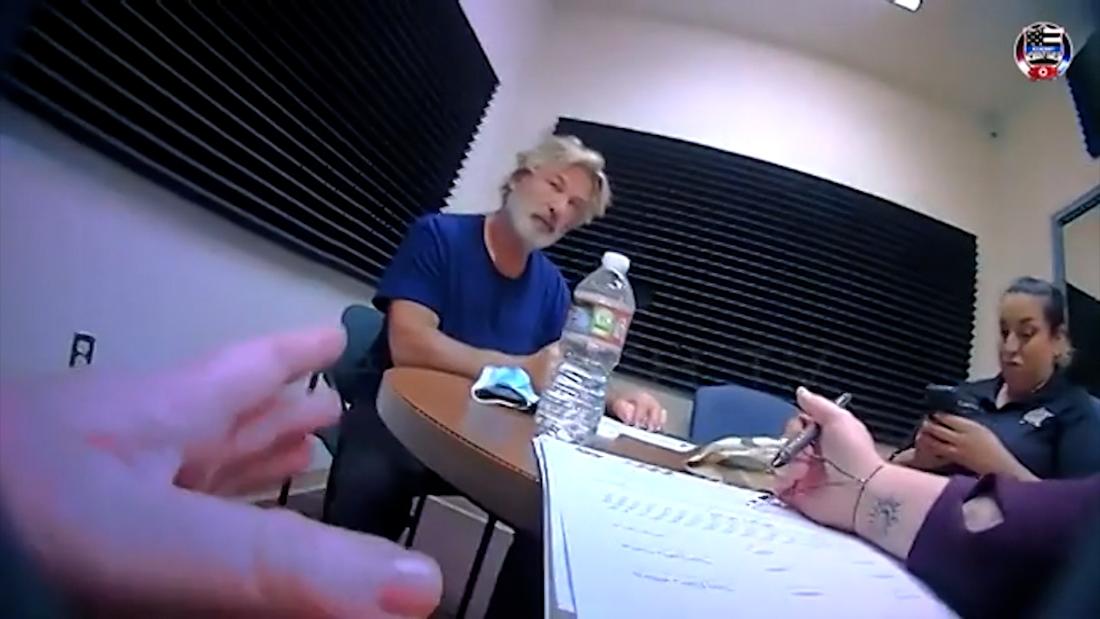 Hutchins, the film’s cinematographer, was killed and director Joel Souza was injured when a gun being handled by actor Alec Baldwin went off while they were rehearsing a scene at the Bonanza Creek Ranch in New Mexico in October.
The Santa Fe County Sheriff’s Office released several files Monday from its ongoing investigation into the shooting, including photos, recordings and reports, officials said. Video of Hutchins dying is included in the data released.

In the letter to the sheriff’s office, Brian Panish, an attorney for the Hutchins family, said the release of the evidence has caused “irreparable” damage to her husband, Matthew Hutchins, and their son.

“Your office trampled on the constitutional rights of the Hutchins,” the letter, dated April 27, reads. “Without any discussion, your office unilaterally determined that Mr. Hutchins would be given access to the materials to review early in the morning on Monday, April 25 before being released to the public later in the afternoon giving him less than a business day to review the materials.”

Due to the “sheer volume of material,” that was “a wholly inadequate amount of time,” and the family wasn’t given the opportunity “to request that discretion be exercised, and sensitive material be redacted,” Panish wrote.

On top of that, the letter said, the sheriff’s office did not redact Hutchins’ private and personal information. Panish wrote his client fears video of his wife’s final moments could be used by bullies to emotionally abuse their son.

The letter demands the sheriff’s office respect the Hutchins family’s “constitutional rights of dignity, privacy, respect, and fairness going forward,” and the office take down footage of Hutchins “dying on the church floor.”

“While the damage of publishing the video is irreparable, taking down the video will end your office’s complicity in causing further harm,” the letter reads.

CNN has reached out to the Santa Fe County Sheriff’s Office to confirm receipt of the letter and additional comment.

During an interview on ABC’s “Good Morning America” Wednesday, Santa Fe County Sheriff Adan Mendoza defended releasing the material. “We’re in response to a public records request, where we’re required to release the information, and it was also an effort to be transparent in the investigation,” Mendoza said.

The investigation is “nearing completion” he told ABC, adding his office is waiting on FBI analysis of munitions, latent prints, DNA, a report from the medical examiner, and some cell phone data analysis. His office is hoping this will wrap up in “weeks and not months,” he told GMA.

The evidence files released by the sheriff’s office also contained text messages “Rust” armorer Hannah Gutierrez Reed shared with an ammunition supplier for a previous film in 2021 — not “Rust” — where she stated she planned on shooting live ammunition while on set.

Mendoza called the text messages “concerning” during an interview with NBC’s “Today” on Tuesday and said investigators are looking into who brought live ammunition to the “Rust” set.

“Right now, no one has come forward and admitted to bringing the live rounds onto the movie set. There was information from text messages that was concerning based on the fact that live ammo was spoken about and was possibly used on a prior movie set and that was just a few months before the ‘Rust’ movie set production began, so that is concerning,” Mendoza said.

A law enforcement official told CNN they consider the text exchange important as they try to determine whether the armorer made a practice of conducting live fire exercises at the same time she was responsible for safety on sets.

Gutierrez Reed’s attorney Jason Bowles told CNN his client wanted to fire the gun to understand how the historical weapon worked and maintains she didn’t fire live rounds on set.