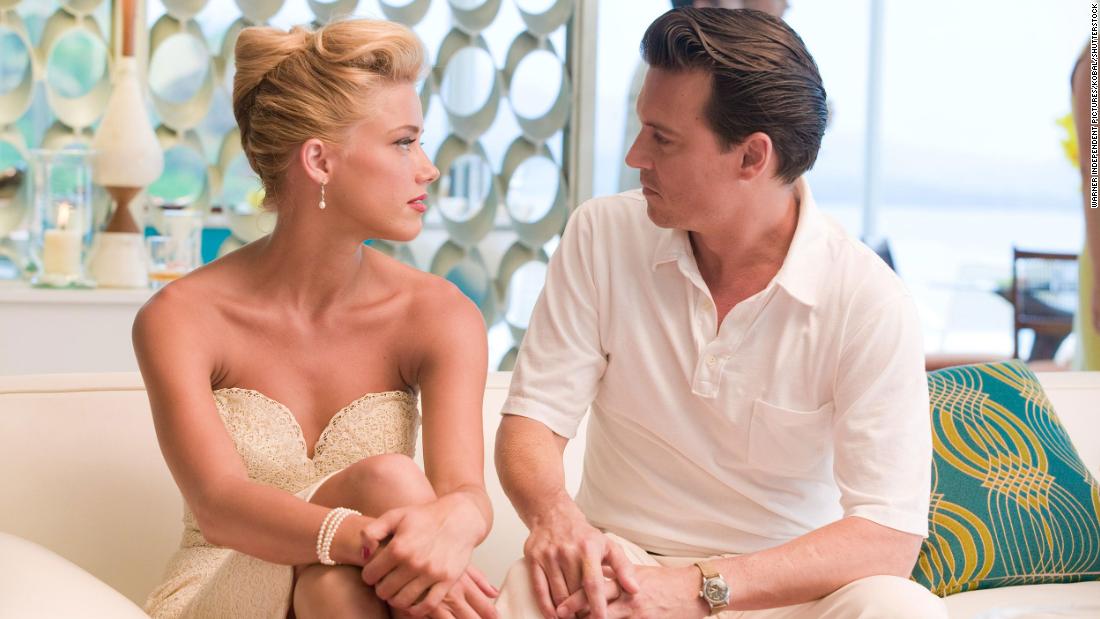 Depp is suing Heard, his ex-wife, for $50 million as he alleges that she defamed him with a 2018 Washington Post op-ed in which she wrote about her experience with domestic violence.

Depp was not referred to by name in Heard’s piece, but he has said it’s cost him work.

In testimony this week, Depp was asked by his attorney about some of the film franchises he has starred in beyond his work as Capt. Jack Sparrow in the “Pirates of the Caribbean” films.

“Boy, um, ‘Alice in Wonderland’? I’m so pathetic when it comes to knowing what movies I’ve done. I’m sorry,” Depp said on the stand Monday. “I don’t watch them. I feel better not watching them. I couldn’t, um, I — what was the question?”

So, here’s a reminder for Depp of some of his more memorable roles, along with a highlight of some of Heard’s.

‘A Nightmare on Elm Street’

It wasn’t a break out role, but a then 21-year-old Depp played Glen in the 1984 horror film which went on to become a classic. His character, of course, was murdered in the film.

Depp had better success on the small screen.

He played Thomas “Tom” Hanson in the series about a group of police officers whose youthful looks allow them to work undercover as teens. It ran on Fox from 1987 to 1991.

Heard also got some attention in Hollywood playing a teenager.

She starred as Greta Matthews in the CW teen drama set in Palm Springs, California, which ran on the CW in 2007.

Set in the 1960s, the series focused on a group of “Bunnies” who worked at Hugh Hefner’s Playboy Club in Chicago.

Heard portrayed the naive Maureen, who was adjusting to living and working in the big city.

That same year, “The Rum Diary” debuted in theaters.

Depp and Heard first met on the set of the film based on the Hunter S. Thompson novel of the same name in 2009.

By the time Heard and Depp crossed paths, he was already a bona fide movie star.

His role as a humanoid with scissors for hands was a hit in 1991 (the film was released in December 1990) and earned Depp acclaim, including a Golden Globe nomination for best actor in a musical or comedy.

She portrayed Mera, a princess and warrior. Heard will return in the film’s sequel, “Aquaman and the Lost Kingdom,” set to debut in 2023.