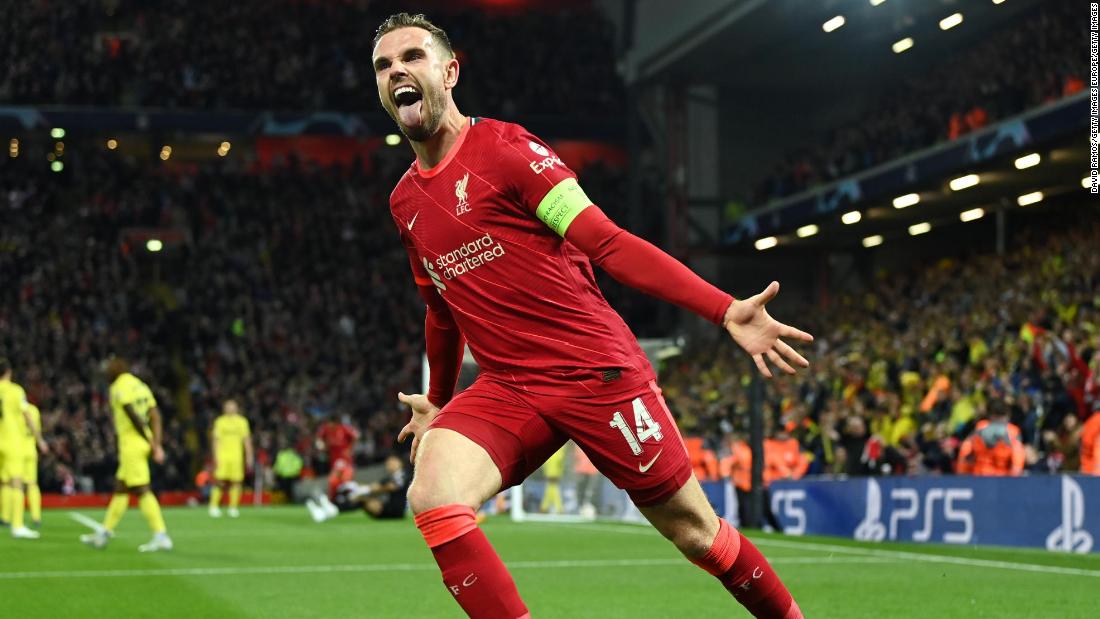 Jurgen Klopp’s side was at its devastating best to take full control of the tie, striking twice in the second half to take a healthy advantage into the second leg in Spain next week.

Despite all its possession and chances, Liverpool needed a fortuitous goal to break the deadlock — Jordan Henderson’s cross was deflected over goalkeeper Geronimo Rulli in the 53rd minute.

But once ahead, Liverpool started purring and had doubled its lead 133 seconds later and this time there was no luck involved.

Sadio Mane timed his run to perfection and poked his effort under the goalkeeper after latching onto a pass from his partner in crime Mohamed Salah.

The pair were in brilliant form against a Villarreal side that looked exhausted at full-time after a brutal evening in a boisterous Anfield Stadium.

Despite his team’s impressive showing, manager Jurgen Klopp was keen to play down the importance of the first-leg result with another 90 minutes left to play in the tie.

“We know we go there and it will be a tricky atmosphere for us and different from tonight,” he said.

“Their players, you saw it, they fight with all they have and what I like is that everybody could see that we fought with all we have.

“It’s always the same. If they beat us with a result that brings them to the final, then they deserve it and if not then we deserve it.”

‘Best team I’ve ever seen in a red shirt’

But not everyone was as understated as Klopp, with former players and pundits eulogizing over this Liverpool team, which is chasing an unprecedented quadruple this season of the Champions League, FA Cup and Premier League title, to add to the League Cup it has already won.

Former Manchester United and England defender Rio Ferdinand put rivalries aside to argue this was the best Liverpool team he had seen.

“They’re relentless. We can talk about how great they are individually but it’s the way they press teams, the energy, the effort, the application. You sit here and just marvel at it,” he said, working as a pundit on BT Sport.