‘The Offer’ mines the drama behind the making of ‘The Godfather’ 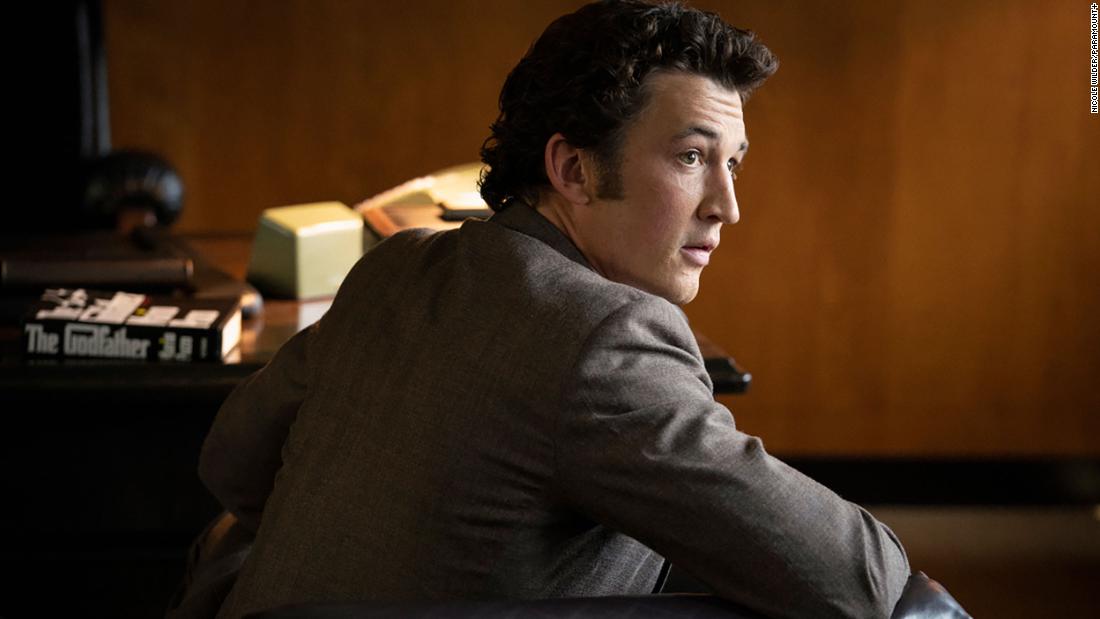 The movie’s producer, Albert S. Ruddy, is behind the series, which is credited as being “based on Albert Ruddy’s experience of making ‘The Godfather.'” If everyone is the hero of their own story that’s certainly true here, with Ruddy (Miles Teller, who replaced Armie Hammer) presented as fighting an honorable battle to preserve the film’s artistic integrity while beset from every angle, including the Mafia, which took an inordinate interest in the subject matter of Mario Puzo’s bestselling book.

A more familiar tension is that Paramount has been on a rocky path, with its impatient owners pressuring Evans to deliver at the box office. Careers are thus riding on the movie — which became a huge commercial success in addition to winning the Oscar for best picture — with everyone in danger of being fired in seemingly every episode.

No one appears more at risk than Ruddy, who finds Evans to be a mercurial ally, periodically prompting him to stage an end-run by going directly to the head of Paramount’s parent company, Charles Bluhdorn (Burn Gorham), who sees flirting with Ruddy’s assistant (“Ted Lasso’s” Juno Temple) as one of the key benefits to running a movie studio.

Created by Michael Tolkin (who wrote “The Player”), “The Offer” is certainly a knowing look at Hollywood, with nods to showbiz history all along the way, like Paramount suits dismissing “Chinatown,” another eventual classic, as a “water rights movie.” Evans is also thrown into a tailspin when his wife, Ali McGraw (Meredith Garretson), has a much-publicized affair with Steve McQueen while shooting “The Getaway.”

Still, the whole exercise would be considerably stronger as a five- or six-part series that went lighter on both personal detours and the juxtaposition of organized crime figures with the struggles of Ruddy and director Francis Ford Coppola (Dan Fogler) to preserve their vision.

Instead, “The Offer” goes deep not only into Ruddy and Evans’ lives but the former’s relationship with mobster Joe Colombo (Giovanni Ribisi), becoming far too enamored with the Mafia’s supposed concerns about how the film would depict them — egged on by Frank Sinatra, who is outraged by the thinly veiled character of Johnny Fontane and at one point directly confronted Puzo.

Fans of “The Godfather” will find plenty of wonderful tidbits, like where one finds a realistic-looking horse’s head on short notice, tapping a mob enforcer to play the towering Luca Brasi (here Lou Ferrigno, a.k.a. the Hulk), and agonizing over proposed budget cuts (including a proposal to make the wedding scene “a small affair”) that would have significantly impacted the film.

And yet, even those who have watched the movie and its sequels countless times might have their patience tested by devoting entire episodes to casting concerns, with Ruddy and Coppola going to the mat to get Marlon Brando (“Grey’s Anatomy’s” Justin Chambers) and Al Pacino (Anthony Ippolito), who Evans (in this telling) steadfastly resisted, for different reasons.
A half-century later, “The Godfather” remains a cultural staple, which makes this addition — drafting off all that built-in equity — a no-brainer for Paramount+. While Goode steals the show by living up to his name and then some as the colorful Evans, the resemblances in even the smallish roles provide a nostalgic kick.

Still, if “The Godfather” emerged as a triumph despite limited resources — prompting Coppola to fret that the movie is “going to eat our souls, a piece at a time” — “The Offer” is marred by a common digital-age problem: The apparent lack of pressure regarding when to say “cut.”

“The Offer” premieres April 28 on Paramount+.