Jacksonville Jaguars choose Travon Walker as the No. 1 overall pick in the NFL Draft 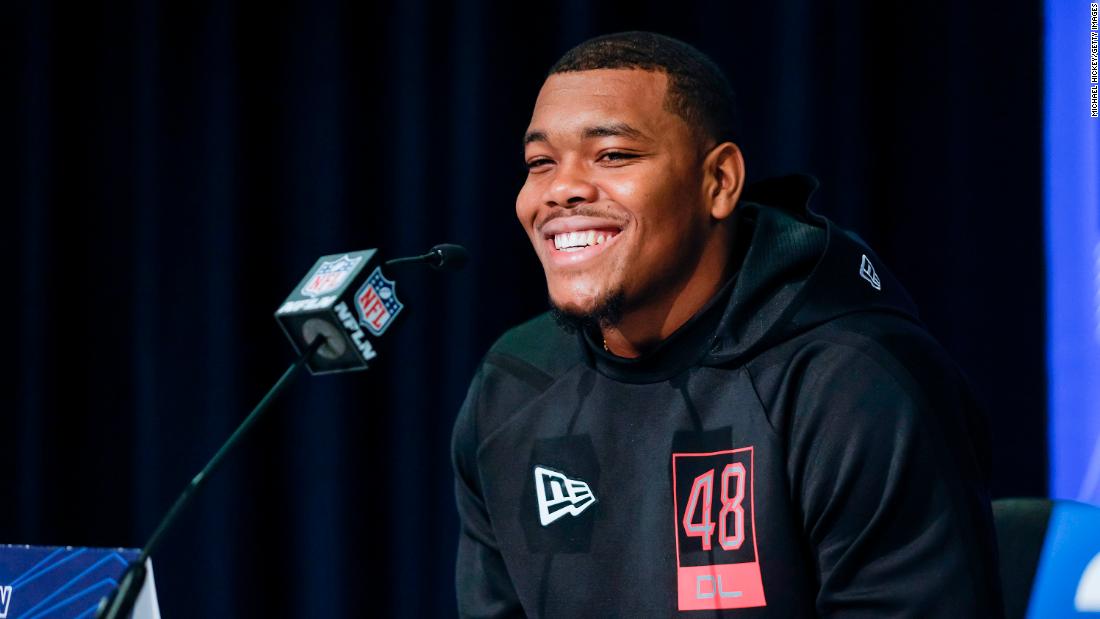 The Jacksonville Jaguars had the top pick in the draft again, a year after they used the No. 1 selection to take quarterback Trevor Lawrence out of Clemson. Yet unlike in many years past, when the top pick is foretold weeks or months beforehand, there was little consensus as to who was going to be taken first this year.

University of Michigan defensive end Aidan Hutchinson was the No. 2 pick overall, heading to the Detroit Lions. The Houston Texans had the No. 3 pick and chose Derek Stingley Jr., a cornerback out of Louisiana State University.

The Jaguars aren’t the only team having a big night Thursday. Due to a number of trades, eight teams had two first-round picks, including the New York Giants, who picked University of Oregon defensive end Kayvon Thibodeaux at pick No. 5, and University of Alabama offensive tackle Evan Neal at No. 7.

The New York Jets also had two first round picks with Cincinnati cornerback Sauce Gardner at No. 4 and Ohio State wide receiver Garrett Wilson at No. 10.

By the same token, it likely will be a quiet night for fans of the eight teams without a first-round pick, including the Super Bowl champion Los Angeles Rams.

Round 1 of the draft will wrap up late Thursday, followed by Rounds 2 and 3 on Friday at 7 p.m. ET, and then Rounds 4 through 7 on Saturday at noon.

All seven rounds are broadcast on ESPN, garnering an average viewership of between six and eight million people throughout the three-day event the last three years.

Once a quiet proceeding conducted in a hotel conference room, the draft has grown to become the NFL’s premiere offseason event both on TV and in person, providing hope for fans of the NFL’s bottom-feeders and fulfilling the lifelong dreams of college football’s best players and their families.

In addition, different cities have taken turns hosting the draft since 2015, bringing in hundreds of thousands of fans to city centers. Recent hosts include Dallas, Nashville and, most recently, Cleveland.

The draft’s move to Vegas — two years after the Raiders franchise moved there from Oakland — further illustrates the NFL’s rapid embrace of sports gambling. This year’s main stage will be at the Linq Promenade on the Vegas Strip, where NFL commissioner Roger Goodell will announce each team’s first round selection.
In Sin City fashion, a red carpet has been built over the Bellagio fountain for the 21 prospects set to attend, and NFL officials said to expect glitzy Vegas touches throughout the event. Fans will also be treated to musical performances by Weezer on Thursday, Ice Cube on Friday and Marshmello on Saturday.