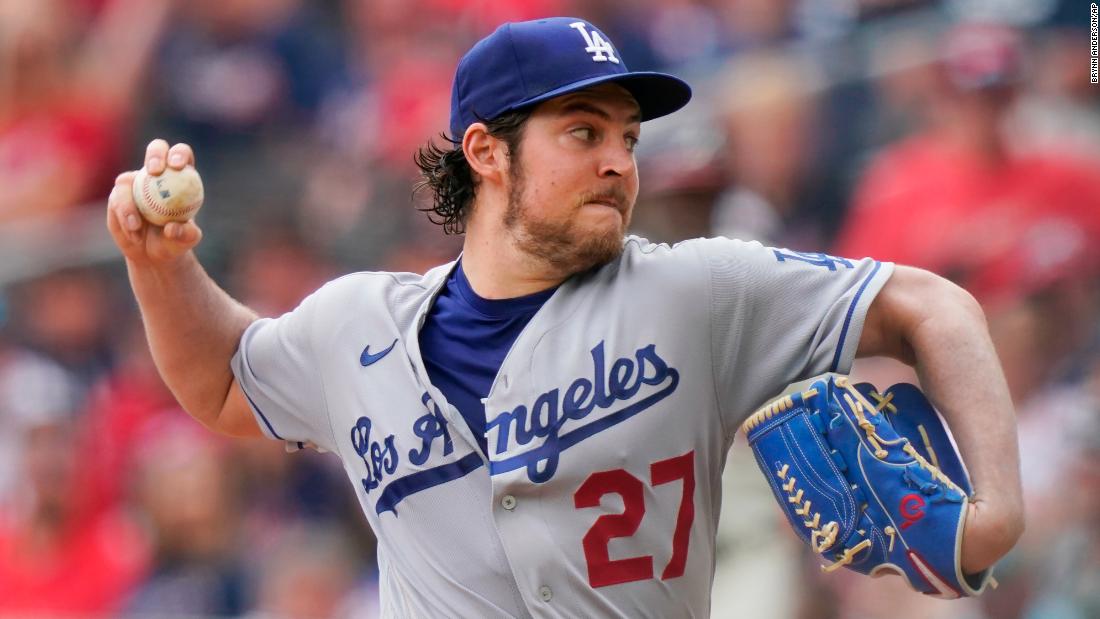 In a statement, Commissioner Robert Manfred Jr. said following an extensive investigation, Bauer has received a suspension for 324 championship season games (representing two full seasons) without pay, effective Friday. The league did not disclose details of its investigation.

In a post on Twitter, Bauer, 31, said, “In the strongest possible terms, I deny committing any violation of the league’s domestic violence & sexual assault policy. I am appealing this action and expect to prevail.”
The 27-year-old California woman who made the allegations said in legal documents over the summer while she had consented to sex with Bauer on two occasions, she alleged he did things to her she did not agree or consent to during both encounters. Bauer’s representatives denied the allegations.
In February, the Los Angeles County District Attorney’s Office said Bauer would not face criminal charges for the sexual assault accusations.

“After a thorough review of all the available evidence including the civil restraining order proceedings, witness statements and the physical evidence, the People are unable to prove the relevant charges beyond a reasonable doubt,” Deputy District Attorney Fernanda Barreto wrote at the time.

The MLB’s policy on domestic violence, sexual abuse and child abuse says players may face “disciplinary action for just cause by the Commissioner for a violation of this Policy in the absence of a conviction or a plea of guilty to a crime involving a Covered Act.”

Bauer has also denied allegations published in August by The Washington Post from an Ohio woman that claimed Bauer assaulted her without her consent during sex on more than one occasion. The Post was provided with photographs of injuries to the woman’s face and also viewed messages that Bauer had allegedly sent to the woman, ranging from threats of revealing private video to physical violence. Bauer at the time called the allegations a “false narrative” and his co-agents said Bauer and the woman had a “wholly consensual relationship.”
Following the MLB announcement of Bauer’s suspension on Friday, the Dodgers said in a statement, their organization takes “all allegations of this nature very seriously and does not condone or excuse any acts of domestic violence or sexual assault.”

“We’ve cooperated fully with MLB’s investigation since it began, and we fully support MLB’s Joint Domestic Violence, Sexual Assault, and Child Abuse Policy, and the Commissioner’s enforcement of the Policy,” the team said in a statement. “We understand that Trevor has the right to appeal the Commissioner’s decision.”

“Therefore, we will not comment further until the process is complete,” the team added.