A timeline of Johnny Depp and Amber Heard’s relationship 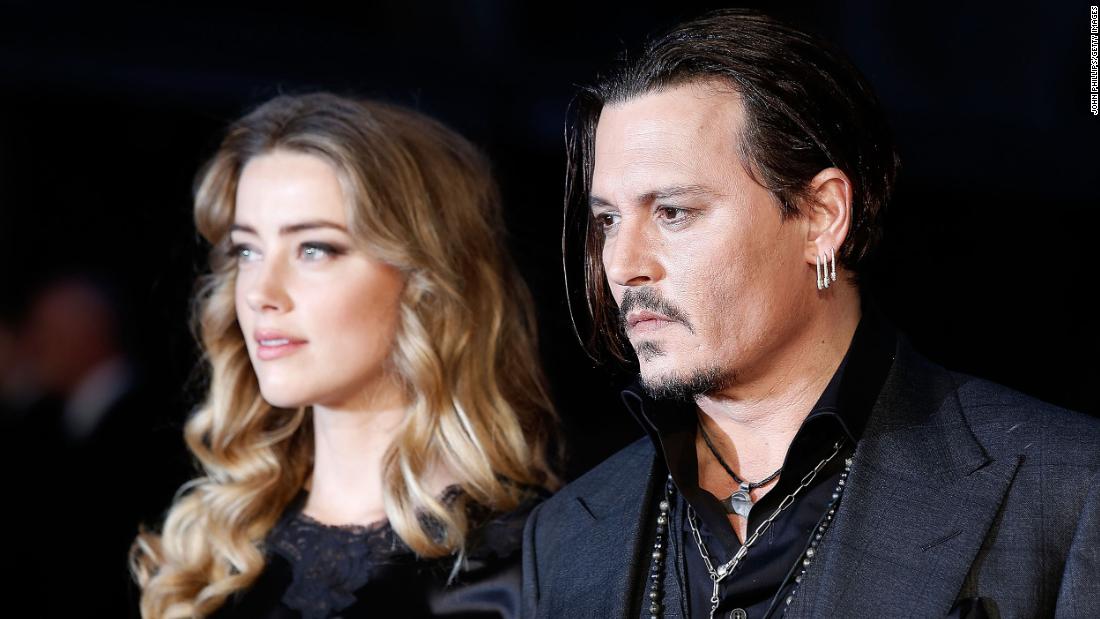 Depp, who concluded his testimony this week, is suing his ex-wife for $50 million over a 2018 Washington Post op-ed she wrote.
How they landed there –13 years after first meeting — is a story of an on-set spark turned brief marriage gone wrong.

Based on Hunter S. Thompson’s book of the same name, the movie stars Depp as a journalist named Paul Kemp who takes a job in Puerto Rico. Heard played Chenault, who Kemp falls for at first sight.

On the witness stand in the defamation trial, Depp described the connection he felt with Heard when a scene called for their characters to kiss in a shower.

Depp testified the two next saw each other two years later on a promotional tour for the film.

Heard and Depp began dating and later got engaged in 2014, according to a report by People magazine at the time.

Depp and Heard married in a private ceremony in Los Angeles.

Heard filed for divorce after 15 months of marriage. She obtained a temporary restraining order against Depp, claiming he abused her while under the influence of drugs and alcohol.

Depp denied the accusations and a $7 million settlement was reached out of court in August 2016. Heard pledged to donate the money to charity.

The actors released a joint statement at the time stating, “Our relationship was intensely passionate and at times volatile, but always bound by love. Neither party has made false accusations for financial gain. There was never any intent of physical or emotional harm.”

Heard penned a op-ed for The Washington Post in December of 2018 about the treatment of women in domestic abuse cases. She did not mention Depp by name.

Depp sued Heard for $50 million for defamation over her Washington Post piece, claiming it cost him lucrative acting work.

Heard was unsuccessful in her effort to get the lawsuit dismissed. Her $100 million countersuit case is ongoing.

In 2020, Depp brought the publisher of The Sun to court for libel in the UK over a 2018 article that claimed he was violent against Heard.

Depp denied all claims of abuse.

Heard testified in that case, claiming at one point that Depp threatened to kill her “many times.”

The UK court found the paper’s claims to be “substantially true,” and Depp was denied an appeal.

The trial for Depp’s defamation case against Heard began in Virginia on April 12.

Heard’s lawyer said in an opening statement that Depp is “going to try to turn this case into a soap opera.”

Depp has testified about his experiences growing up with an abusive mother, his struggles with substance abuse and his tumultuous relationship with Heard.

Depp acknowledged in his testimony that he and Heard had arguments during their relationship but said, “Never did I myself reach the point of striking Ms. Heard in any way nor have I ever struck any woman in my life.”

At the conclusion of his testimony this week he was questioned by his attorney, Jessica Meyers, about a piece of audio that was played for the court.

“What did you say in response when Ms. Heard said, ‘Tell the world, Johnny. Tell them, Johnny Depp, I, Johnny Depp, a man, I’m a victim, too, of domestic violence’?” Meyers asked Depp.

Heard has not yet taken the stand in the trial, which expected to last six weeks.