Nollywood stars turn out for Netflix premiere of Blood Sisters 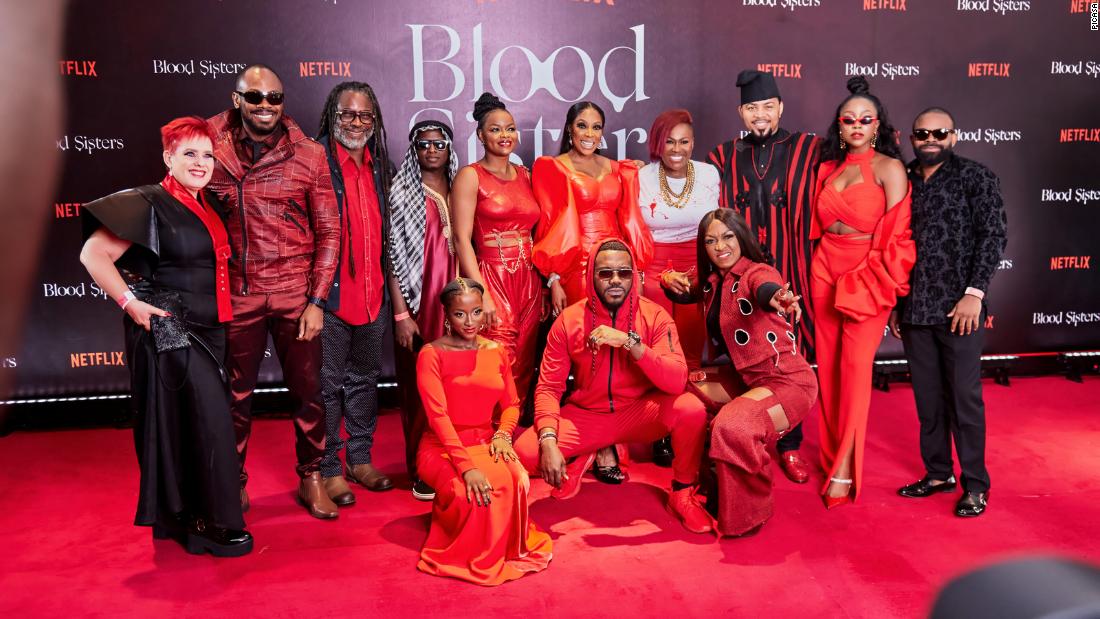 The theme of the premiere was ‘Red and Fugitive’ and Nollywood stars turned out in style to launch the series created by leading Nigerian production company EbonyLife Studios.

It also stars newcomers Nancy Isime and Ini Dima-Okojie who play friends in the crime thriller which spotlights “two friends, a dark secret, and an unforgiving family,” according to Netflix.

Nigeria’s Minister for Information and Culture, Lai Mohammed was also at the premiere and lauded the launch as evidence of the growth of Nigeria’s creative industry.

“It’s not easy to put your movie, talk less of a series on Netflix…this is one of the clear indications that our creative industry is going places,” the minister said at the premiere.

EbonyLife Studios founder Mo Abudu said the series was filmed during the pandemic in Lagos, a process Abudu describes as a “unique and intense experience.”

Abudu’s other productions with Netflix include the movie “Òlòturé,” which was released to global acclaim and an adaptation of Nobel Laureate Wole Soyinka’s “Death and the King’s Horseman.”

Nigeria’s film industry has grown into a multimillion-dollar industry and has gained global acclaim.

Other streaming platforms also have Nigeria’s movie market in their sights.

Amazon has commissioned Original series and films with Nigerian and other African partners, the company told CNN.

Nigeria is regarded as Africa’s most prolific filmmaking hub. Thousands of movies are produced in Nigeria every year, according to the country’s statistics office.