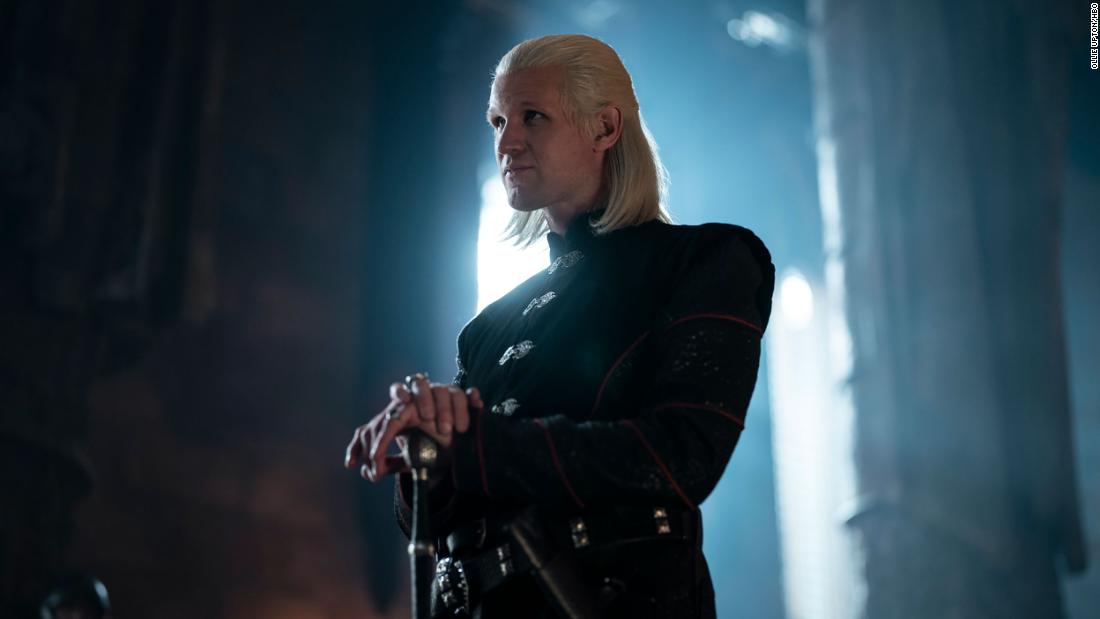 The new footage for the hotly anticipated HBO series reveals more about the direction of the series than previous teasers have, dangling just enough plot in front of audiences ready to reenter Westeros. (CNN and HBO share parent company Warner Bros. Discovery.)

“What is this brief, mortal life, if not the pursuit of legacy?” an unseen character wonders.

A vague, wise-sounding line destined to be emblazoned on Etsy merchandise? “Game of Thrones” is back!
Viewers then hear the names of familiar Houses — Stark, Baratheon, Velaryon — whose members pledge fealty to Paddy Considine’s King Viserys Targaryen. The king has announced his daughter, Princess Rhaenyra, as his heir, but not all residents of Westeros are willing to accept the young woman as their leader (Daenerys, who wouldn’t claim the Iron Throne until many years later, can relate).
As is custom in this world, violence ensues. Cut to a blond-wigged Matt Smith (playing a Targaryen, natch) looking particularly pugnacious and a determined Olivia Cooke (not blonde, not playing a Targaryen) with Rhys Ifans whispering in her ear — could theirs be a Sansa-Littlefinger relationship?
And finally, in the teaser’s last moments, we catch a glimpse of the fire-breathing pride of the Targaryen clan, looking fearsome as ever. Surely they won’t be unleashed as tools of mass destruction upon unassuming, weaponless bystanders, right?

“History does not remember blood,” a character mutters ominously. “It remembers names.”

Whether dedicated “Game of Thrones” fans can commit several more character names to memory remains to be seen. “House of the Dragon” premieres August 21 on HBO.