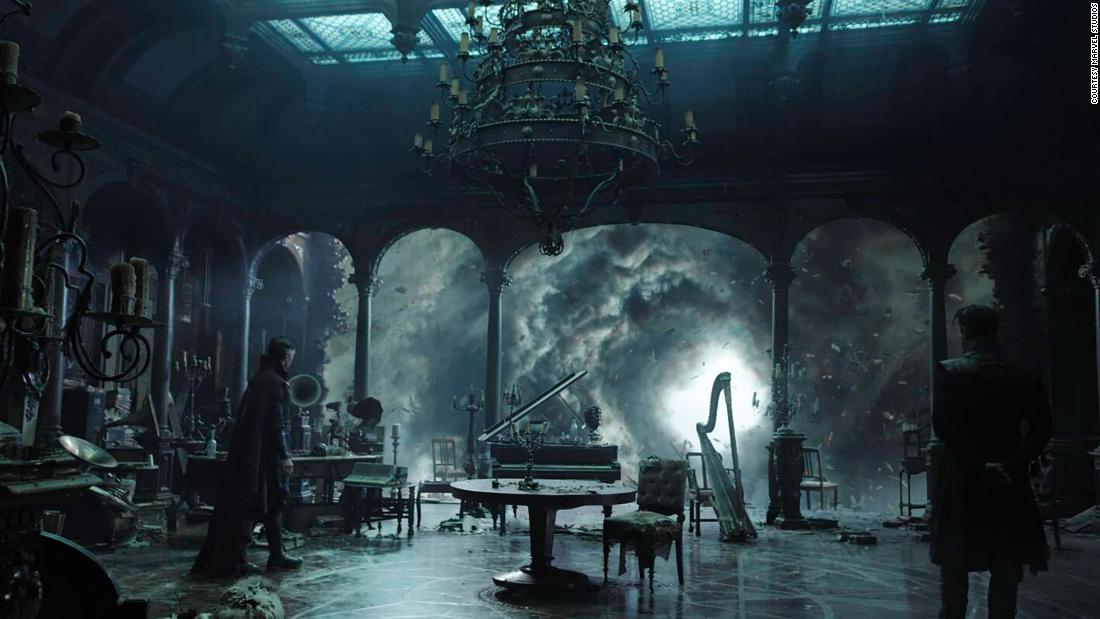 In the film’s most crowd-pleasing sequence, the title character meets a ruling counsel in another universe that includes Reed Richards (played by John Krasinski), the leader of the Fantastic Four; and Professor Charles Xavier, with Patrick Stewart reprising that role from the “X-Men” franchise.

For students of Marvel’s serpentine screen history, the inclusion of those two properties, both of which had been under the stewardship of 20th Century Fox before Marvel’s parent Disney acquired its entertainment assets, points to what is likely to be a big part of the studio’s next chapter: capitalizing on two mistreated titles with deep, deep roots in comic-book lore.
Fantastic Four has been adapted twice before, in 2005 (followed by a sequel) and with a weak reboot attempt a decade later. But now Marvel Studios controls its future, having announced plans for another stab at the title that kicked off Marvel’s renaissance in the 1960s under writer Stan Lee and artists Jack Kirby and Steve Ditko.
Indeed, Lee frequently spoke of Fantastic Four as the granddaddy of Marvel’s silver-age renaissance, the comic that he wrote for himself on the verge of giving comic books up entirely. As Lee recalled it in his later years, the inspiration came from his wife Joan telling him, “Why not write a book the way you want to do it?”

The cosmic-ray-altered quartet’s popularity paved the way for Lee’s epic creative output with Kirby — which included Thor, the Hulk, X-Men, the Avengers, Ant-Man, and reviving Captain America — and Ditko, his collaborator on Spider-Man and Doctor Strange.

Yet on screen, Fantastic Four has been a tale of frustration, including a misguided low-budget Roger Corman-produced movie in the 1990s that was never formally released; and an animated series that for contractual reasons replaced the Human Torch, whose TV rights had been optioned away, with a wisecracking robot.

X-Men, by contrast, has enjoyed considerable success since the 2000 movie directed by Bryan Singer, but the franchise has fallen on hard times of late, with a pair of commercial and critical flops: “Dark Phoenix,” which badly adapted a storied comic-book saga and underperformed at the box office; and “The New Mutants,” a horror-tinged offshoot impacted by Covid-related release delays, not that the film would have flourished under ideal conditions.
The Disney-Fox deal that closed in 2019 triggered immediate speculation about a grand reunion weaving Fantastic Four and X-Men into the Marvel Cinematic Universe, in the same way that Marvel has helped assume the creative reins of Spider-Man through its partnership with Sony, the longtime holder of those rights.

Still, the wheels of movie development turn slowly, which is why seeing Mr. Fantastic and Professor X in “Doctor Strange” feels like a significant appetizer for the feast to come.

Marvel has already announced a Fantastic Four movie but recently experienced a temporary setback, with Jon Watts, the director of the most recent “Spider-Man” trilogy, withdrawing from the project.

Looking ahead, Marvel faces major expectations from fans eager to see X-Men restored to its early glory and Fantastic Four elevated to a cinematic stature worthy of its exalted place in comic-book history. But the rewards could be equally huge.

Having established its formula of interlocking movies and now TV shows, Marvel has exhibited a knack for assembling complex puzzles. While the tease in “Doctor Strange” nicely illustrates the multiverse as a realm of infinite possibilities, the enthusiasm about bringing X-Men and Fantastic Four into the mix could easily be transformed into disappointment if they somehow get those pieces wrong.