Ncuti Gatwa named as next ‘Doctor Who’ lead 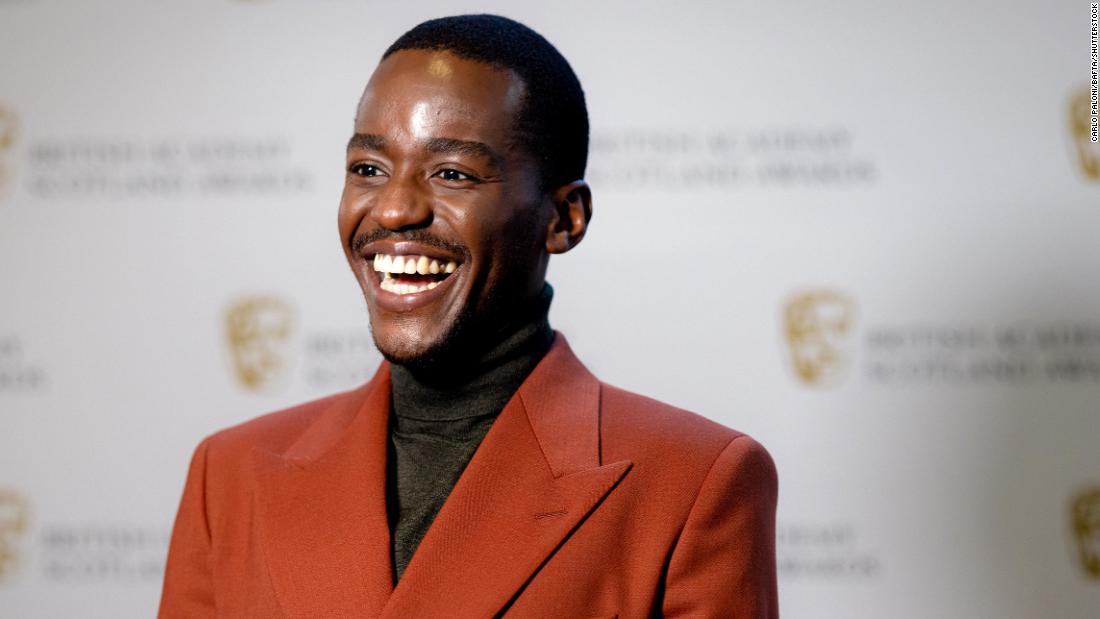 “There aren’t quite the words to describe how I’m feeling. A mix of deeply honoured, beyond excited and of course a little bit scared,” Gatwa said in a BBC press release.

“This role and show means so much to so many around the world, including myself, and each one of my incredibly talented predecessors has handled that unique responsibility and privilege with the utmost care. I will endeavour my utmost to do the same.”

Whittaker became the first woman to play the Doctor when she was appointed as the TARDIS-traveling Time Lord in 2017. Last July, the BBC said that she would be bowing out of the show — leaving what she said was “the best job” she ever had — after season 13.

Gatwa, who has been nominated for Best Male Performance in a comedy program at this year’s BAFTAs, will now become the 14th Doctor in the show.

Up until now, he is best known for his role as Eric Effiong in “Sex Education,” a fictional series which follows students seeking advice from an underground sex therapy clinic at school. Gatwa was awarded the Best Actor Award at the Scottish BAFTAs in 2020 for his role in “Sex Education.”

“Doctor Who” showrunner Russell T Davies said in the press release: “Sometimes talent walks through the door and it’s so bright and bold and brilliant, I just stand back in awe and thank my lucky stars.

“Ncuti dazzled us, seized hold of the Doctor and owned those TARDIS keys in seconds.”

Gatwa joins the long-running sci-fi series — which follows an alien Time Lord who travels across space and time — ahead of its 60th anniversary in 2023.