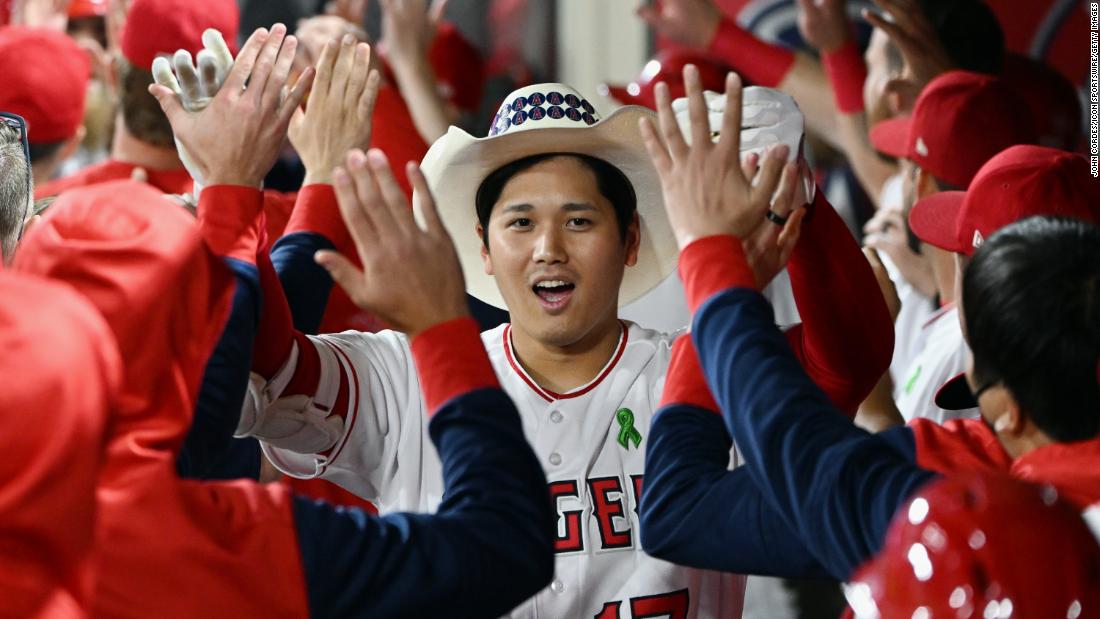 On Monday, the Los Angeles Angels star achieved his first grand slam as a professional as he helped his side to a 11-3 victory over the Tampa Bay Rays in Anaheim, California.

Ohtani, Mike Trout and Jared Walsh combined to hit four home runs, with Ohtani hitting his second homer of the night — a rare grand slam — in the seventh inning, his first in either Japan or the majors. A grand slam happens when a batter hits a home run with the bases loaded — teammates on the first, second and third bases.

On the other side of the plate, the Rays got three hits from Wander Franco, but they squandered scoring opportunities, finishing 1-for-16 with runners in scoring position.

“I’m definitely having the most fun right now,” Ohtani said through interpreter Ippei Mizuhara, according to MLB’s official website.

“I’m not having the best offensive year right now, but the team is winning, which is the most important thing. We’re going to try to continue the hot streak.”

It was also the second time this season — and the eighth time in his career — Ohtani had recorded a multi-homer game.

The two-way star’s achievement comes less than a week after he became the first starting pitcher to bat in one of the top four spots in a game at Fenway Park since Babe Ruth did so on September 20, 1919.
Ohtani, 27, also made history at the start of the season when he became the first player in the history of the American and National Leagues to throw his team’s first pitch of the season and face his team’s first pitch as a hitter.

Just another day at the ballpark for baseball’s Japanese superstar.