Stevie Wonder: ‘America is at a time of crisis’ 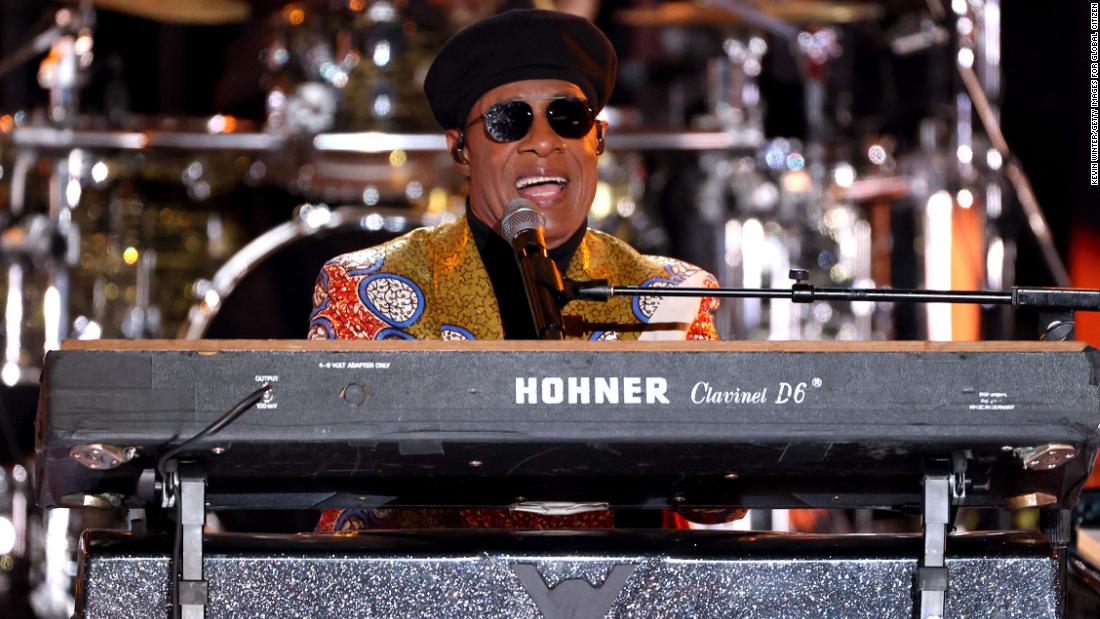 The Grammy winner gave an impassioned speech in defense of civil rights on Tuesday night, while being honored with the Icon Award during the NAACP Legal Defense Fund’s 34th National Equal Justice Awards Dinner.

“A woman’s right to control her body, the right to vote and our precious civil liberties are under assault,” Wonder said to the audience. “Did you know that? Do you all know that? Without question. America is at a time of crisis, please hear me loud and clear. We must continue to stand together.”

Wonder, who was presented his award by actress Rita Moreno, went on to say, “Let me be clear, America is right, stands strong as a world leader as a fighter for democracy around the world, but it must not forget to fight the war in poverty here in the United States of America. It must provide healthcare and education for our children and grandchildren, as well it must liberate itself from the hate speech and practices that are destroying the promise of America and that is equal rights and justice for all. Let me end with the words of Justice Marshall, ‘When you see something wrong or inequality or injustice, speak out because this is your country, this is your democracy. Make it. Protect it. Pass it on.’ It will be all good.”

Wonder was later joined on stage by John Legend. The two performed a duet of Legend’s hit “Ordinary People,” as New York City’s Jazz at Lincoln Center erupted into cheers.