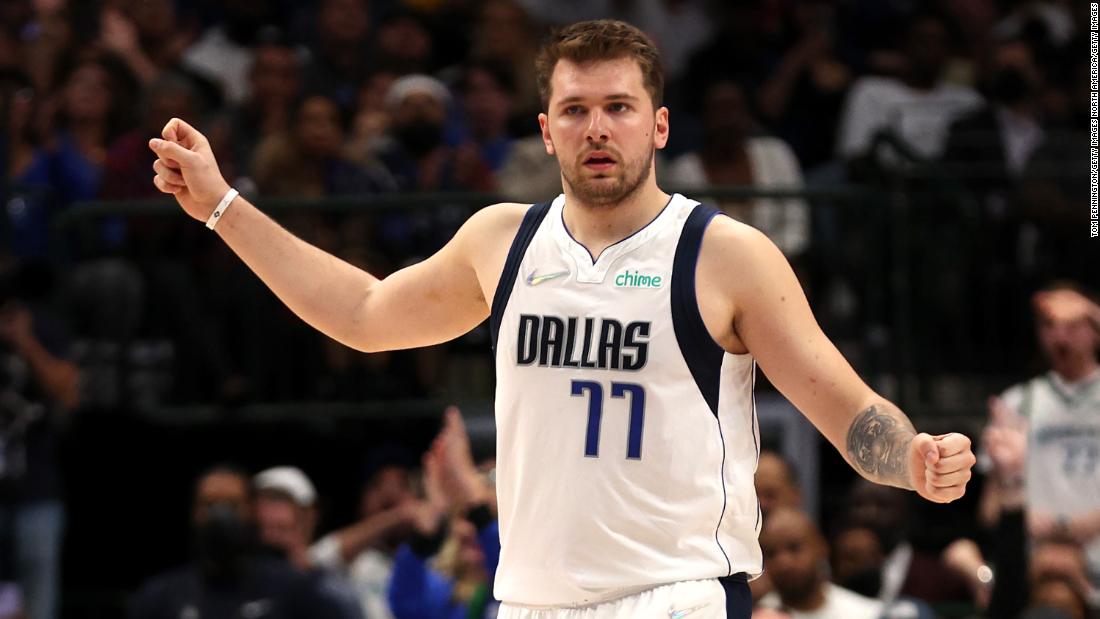 Ahead of Game 4, a moment of silence was held for “those who lost their lives in multiple tragedies in our home state,” referencing a fatal accident from Sunday and Tuesday’s shooting of an elementary school in Uvalde, Texas.

On Tuesday, a gunman clad in body armor rushed his way into the school and opened fire on classrooms of young children, killing 19 students and two adults, officials said.

After a somber and moving pregame, the importance of basketball seemed significantly diminished — indeed, Warriors head coach Steve Kerr refused to speak about basketball at all in his pregame press conference — but these two teams had to play regardless.

Doncic had a somewhat inefficient shooting night — shooting 38% from the floor and 27% from three-point range — but led the Mavericks with 30 points, 14 rebounds and nine assists, as well as registering two steals and two blocks.

After Doncic’s fellow starters offered no support whatsoever in the Game 3 defeat, Dorian Finney-Smith came up big in Game 4 with 23 points on 69% shooting, while Reggie Bullock and Jalen Brunson scored 18 and 15 respectively.

The win cuts Golden State’s series lead to 3-1, but no team in the NBA’s 75-year history has come back from a 3-0 deficit in the playoffs in 146 attempts.

“Our defense was amazing today,” Doncic told reporters. “That’s how we’ve got to play; when we play like this, we’re a dangerous team.

“You never know,” he added when asked if Dallas could still win the series. “We’re going to stick together. As I said, we’re going to believe.

“This is one and, straight away, we’ve got to think of the next one. It’s going to be really tough with Golden State, we know that, but we have to stay together.”

Dallas’ defense really hindered the Warriors’ shooting ability, with Steph Curry leading the way for Golden State with just 20 points and eight assists. Jonathan Kuminga was the team’s next highest scorer, registering 17 points off the bench to go with eight rebounds.

It was another below par playoff performance from Klay Thompson, the other half of the ‘Splash Bros,’ who scored just 12 points.

The game was delayed by more than 20 minutes at halftime as arena workers tried to stop a leak that had sprung in the roof and was dripping down onto the court.

When the action finally resumed, Dallas outscored Golden State 37-23 in the third quarter to cement an unassailable lead.

READ: The NBA’s international stars are taking over the league and this could be just the beginning

“We believe it’s just one game at a time, we did our part tonight and found a way to win,” Dallas head coach Jason Kidd told reporters. “The next part is to find a way to win on the road. We can’t get ahead of ourselves.

“It’s still 3-1 and Golden State is a tough place to play, but we’ve won there before. We just have to take care of the ball and make shots.”

The Warriors are bidding to reach a sixth NBA Finals in eight seasons and victory at home on Thursday will set up a meeting with either the Miami Heat or the Boston Celtics.

That series is currently tied 2-2 with Game 5 on Wednesday evening.