There are now 23 lawsuits filed against Deshaun Watson 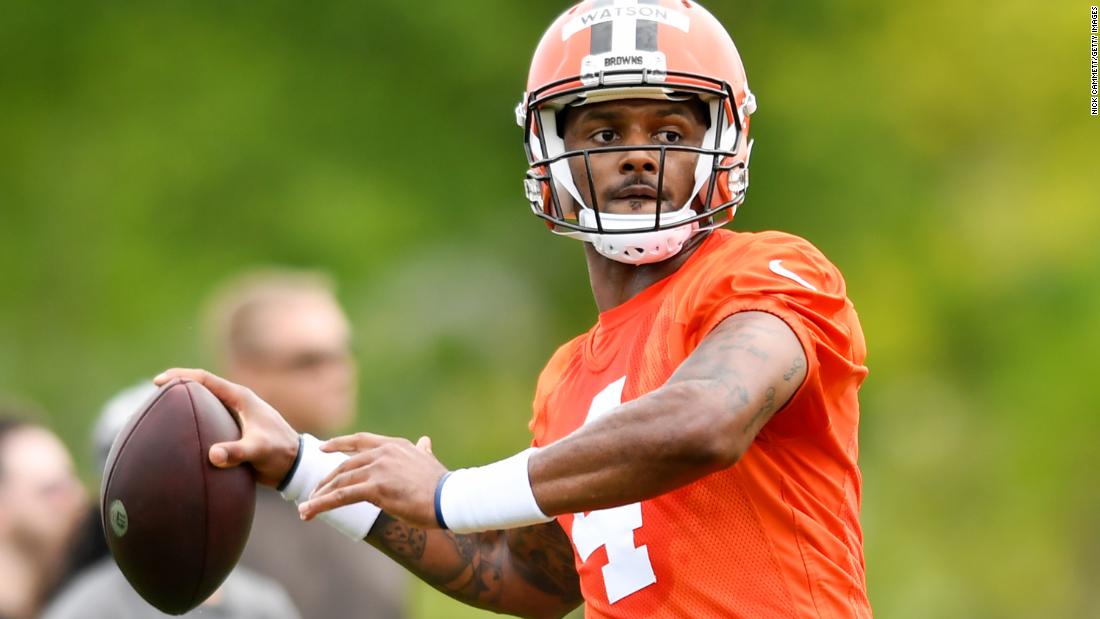 Nia Smith, a professionally licensed cosmetologist in Texas, alleges she had three encounters with Watson starting in 2020, whose behavior, she said, “grew worse during every massage,” according to a civil suit filed Tuesday.

Watson allegedly asked the plaintiff to massage inside his anus, exposed his erect penis, tried to grab the plaintiff’s buttocks, touched her between her legs and repeatedly requested sex in incidents spanning three sessions, the lawsuit alleges.

Smith alleges that she was completely traumatized by her interactions with Watson and quit her job at the salon.

Watson, in a statement sent via his lawyer Rusty Hardin, “vehemently” denied the allegations Tuesday, and has repeatedly denied the accusations of sexual assault and misconduct made against him.

“Deshaun Watson vehemently denies the allegations, just as he has since she first discussed them with members of our firm in March of last year. She repeated the allegations on social media in August and he denied them then,” Hardin said in a statement.

“The only thing new about her contentions is the embellishment making them more extreme than prior versions. Deshaun’s denial remains the same,” he continued.

Smith, who was 21 at the time of the alleged incidents, initially decided not to file a civil suit but says she changed her mind after watching a segment about the lawsuits last week on HBO’s “Real Sports with Bryant Gumbel,” according to the suit. Two of his accusers appeared on the show and expressed their shock and revulsion that Watson had just inked a record-breaking contract.

Watson’s five-year, fully guaranteed $230 million contract from the Browns would be the highest guaranteed money given to an NFL player, according to ESPN.

“The things that are off the field right now that came up caught me by surprise because I never did anything that these people are alleging,” he said at a news conference introducing him to the Browns in March.

In March, a grand jury in Harris County, Texas, declined to charge Watson over allegations of harassment and sexual misconduct after determining there was not enough evidence to charge him with a crime. The incidents were described as “stemming from massage therapy sessions,” according to a statement on the NFL website.
Meanwhile, a second grand jury in Brazoria County, Texas, in March declined to indict Watson after considering evidence in a criminal complaint alleging sexual misconduct, also during a massage therapy session.

Watson remains under investigation by the NFL, who could suspend him if they find he violated the league’s personal conduct policy. NFL officials met with Watson for three days in May and have also requested one more day, Hardin told CNN.

“I can’t give you a timeline,” NFL Commissioner Roger Goodell told reporters in a press conference last week. “I think we’re nearing the end of the investigative period and then at some point this will be handled by our disciplinary officer. And that will happen shortly. And then we’ll see where that comes out.”

Watson still faces a total of 23 civil complaints from his accusers, many of them alleging sexual assault and misconduct during massage sessions.