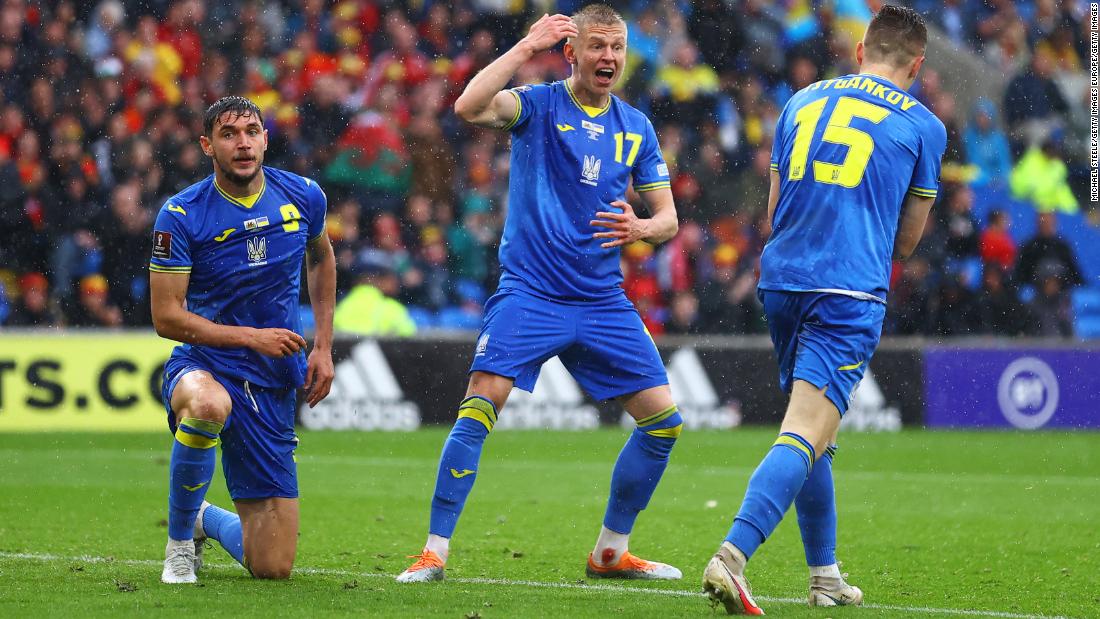 Ukraine has failed to qualify for this year’s FIFA World Cup, football’s most prestigious tournament, after a 1-0 defeat to Wales, but when your country is at war it doesn’t really matter. The bloodshed continues, lives are still being lost.

Yet, for 90 minutes on a rain-soaked evening in Wales, this match did matter, because there was hope, an opportunity to dream and to cheer.

As Ukraine’s players gathered in the changing room before their winner-takes-all playoff final to qualify for this year’s World Cup, they did so with a national flag sent from the frontline hanging on one of the walls.

This was a match where war and football intertwined. There was no forgetting why the heart of the neutral was with Ukraine.

It was after Ukraine’s thrilling 3-1 victory over Scotland earlier in the week in the playoff semifinal that Ukraine’s President Volodymyr Zelensky thanked the team for “two hours of happiness.”

World Cup qualification would have given the Ukrainian people much more than that, but a deflected Gareth Bale free-kick ensured it was Wales taking Europe’s final qualifying spot for Qatar in November.