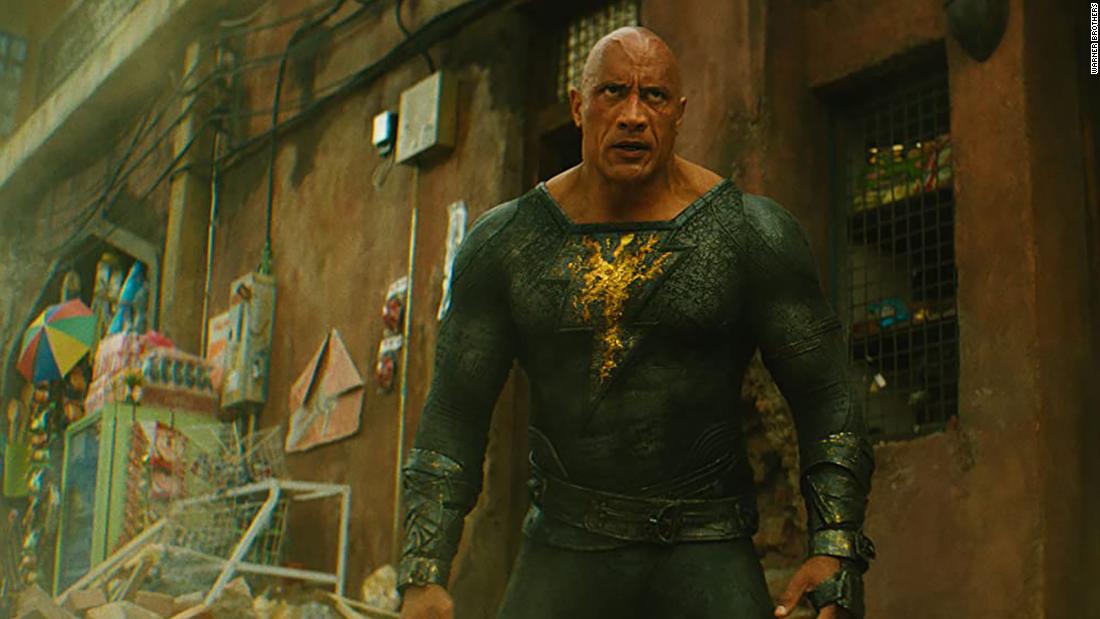 On Wednesday, DC released the two-minute clip, which stars the Hollywood titan and wrestling legend as the titular antihero, who is morally ambiguous with godlike abilities.

In the promo, the 5,000-year-old warrior is reborn in the modern world with superhuman strength and the ability to fly. The trailer for the DC Extended Universe film shows Black Adam punching a plane and even holding a rocket as it explodes.
The moral dilemma that Black Adam will face is established in the video as Pierce Brosnan‘s Dr. Fate says in a voiceover: “You have two choices. You can be the destroyer of this world, or you can be its savior.”

The trailer gives fans a glimpse of Black Adam’s backstory, revealing he was once a slave and has broken out of the tomb in which he has been imprisoned for 5,000 years.

In addition to seeing Johnson as Black Adam, viewers also get a first look at other characters in the film, including Aldis Hodge’s Hawkman, Noah Centineo’s Atom Smasher, and Quintessa Swindell’s Cyclone.

Johnson took to Instagram Tuesday to thank fans for their support as he prepared to make his debut as the DC character, who is the enemy of Shazam — played by Zachary Levi in the DC Extended Universe.

Sharing some behind-the-scenes photos, he wrote: “Your unwavering support and relentless excitement for this passion project of mine has meant the world to me. Now it’s my turn to deliver for you. The hierarchy of power in the DC Universe is changing.”

Revealing the project in 2019, Johnson said the role of Black Adam was “unlike any other I’ve ever played in my career.”

He added that Black Adam is “blessed by magic with the powers equal to SUPERMAN, but the difference is he doesn’t toe the mark or walk the line. He’s a rebellious, one of a kind superhero, who’ll always do what’s right for the people — but he does it his way.”

“Black Adam,” directed by Jaume Collet-Serra (Jungle Cruise), is in cinemas from October 21.