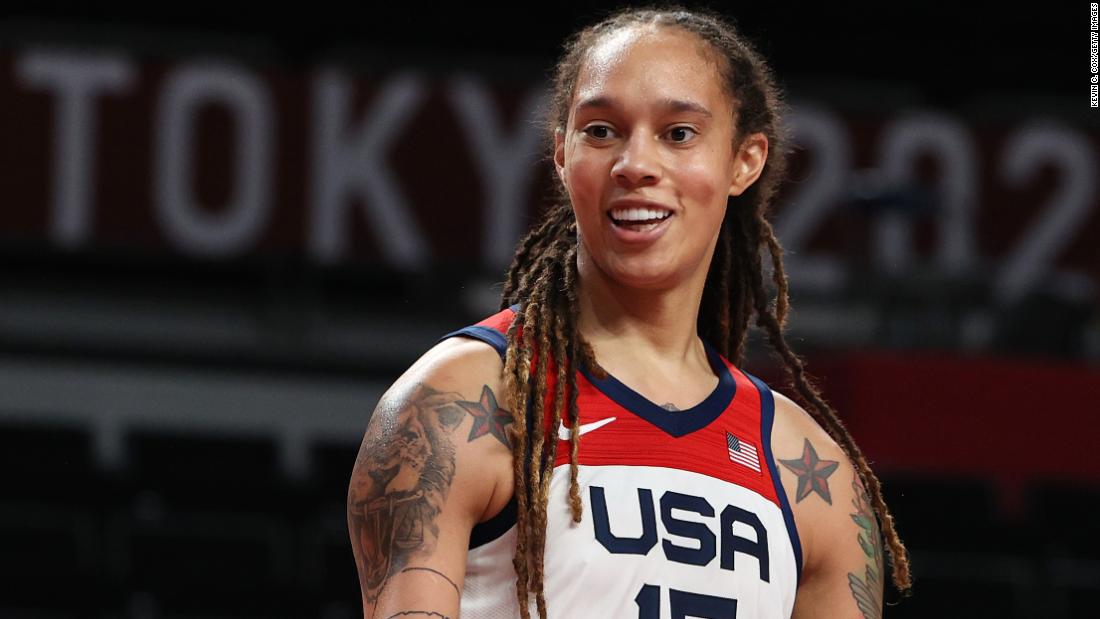 In May, a State Department official confirmed to CNN that they had officially classified Griner as “wrongfully detained” and announced her case is being handled by the office of the US Special Presidential Envoy for Hostage Affairs (SPEHA), Roger Carstens.

Griner, a two-time Olympic gold medalist, was arrested in February at a Moscow airport and accused by Russian authorities of smuggling significant amounts of a narcotic substance, an offense punishable by up to 10 years in prison.

On Sunday, Nygaard said: “It’s been 115 days now, 115 days that she’s been wrongfully imprisoned in another country, and we just want her to come home.”

“I hope it’s not just a show, to say they briefed us, which I’m afraid of,” she said. “Hopefully, it’s something that shows positive progress and we learn something new that helps us learn more about how we’re going to bring our teammate home.”

She also extended an invitation to President Joe Biden and Vice President Kamala Harris to attend the team’s game when the Mercury play the Washington Mystics on Tuesday.

“You’re welcome to come into our locker room and talk to us. You’re also welcome to just enjoy the game, you can see what our team looks like without Brittney Griner, but also we would just love to see you as a supporter of our team.

Representatives of the Mercury are expected to speak with reporters again after Monday’s meeting.

READ: NBA star LeBron James on Brittney Griner’s detainment — ‘Our voice as athletes is stronger together’

Meanwhile, Penny Taylor, a former teammate of Griner’s at the Mercury and a three-time WNBA All-Star, used her Hall of Fame induction speech on Saturday to call for Griner’s release.

Taylor had four separate stints playing for the Mercury throughout her 19-year career, winning three WNBA championships with the franchise before retiring in 2016.

“BG is our family,” Taylor said at the ceremony, while asking for Biden’s help freeing Griner.

“She’s yours too,” she added. “The entire global sport community needs to come together to insist that she be a priority.”