Deshaun Watson tells reporters at minicamp: ‘I have been honest and I have been truthful’ 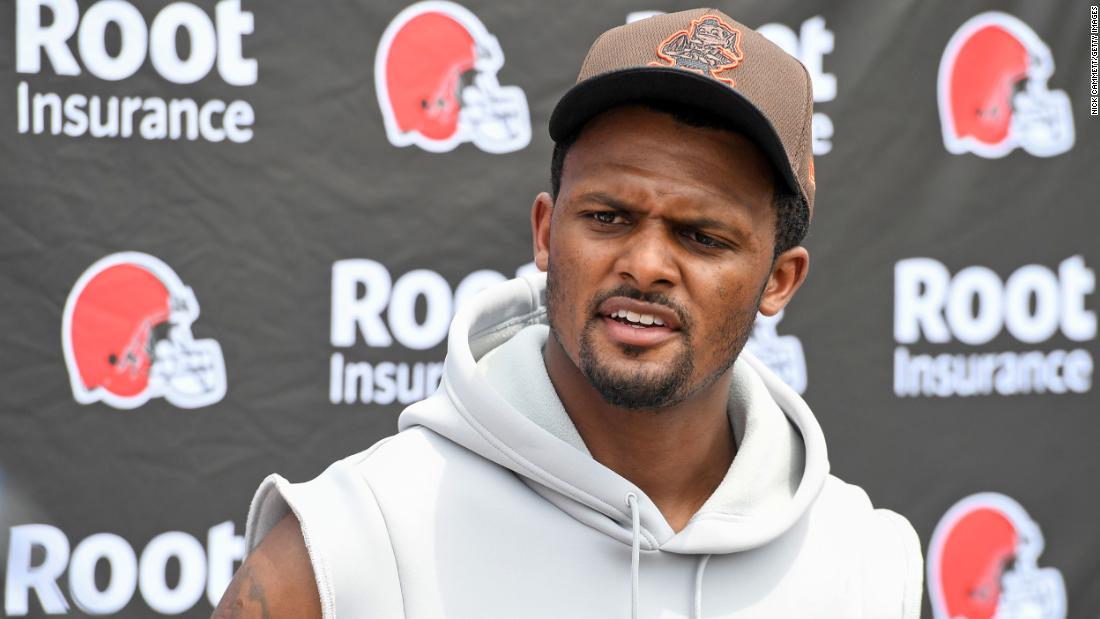 Watson’s signing of a five-year contract — which ESPN reports is the richest deal in terms of guaranteed money in league history — has been controversial in light of the accusations, which are the subject of civil litigation and an NFL investigation. He was not charged criminally in Texas, where he played before he was traded from the Houston Texans to the Browns.

The civil cases accuse Watson of misconduct, and in some cases of sexual assault. Just eight days ago, Katy Williams, a former massage therapist in Houston, filed the latest lawsuit.

Watson “vehemently denied” the allegations through his attorney, Ed Hardin.

When asked Tuesday whether he stood by his statement from his first Browns’ news conference in March in which he said he had no regrets, Watson acknowledged his answer to the question “triggered a lot of people.”

He said he regrets the impact the allegations have had on others including his family, the Browns’ organization, his teammates, the fans and many people outside his world.

“That is one thing I do regret is the impact it has triggered so many people, and it is tough to have to deal with,” he said.

When asked whether he regrets any of his specific actions, he said no.

The Browns are holding a mandatory minicamp this week for players under contract. The team is required to make its players and head coach available for interviews during the three-day event, which will shift sites each day.

Watson didn’t directly answer whether he would settle the civil cases.

“Right now … all I am doing is wanting to clear my name and be able to let all of the facts come out in the court of law and be able to focus on that,” he said.

Watson remains under investigation by the NFL, which could suspend him if they find he violated the league’s personal conduct policy. NFL officials met with Watson for three days in May and have also requested one more day, attorney Ed Hardin told CNN earlier this month.

“I can’t give you a timeline,” NFL Commissioner Roger Goodell told reporters at a news conference in late May. “I think we’re nearing the end of the investigative period and then at some point this will be handled by our disciplinary officer. And that will happen shortly. And then we’ll see where that comes out.”
Browns head coach Kevin Stefanski said, “Not today, no,” when asked whether the NFL has informed the team when a ruling might occur.

CNN’s David Close and Amy Woodyatt contributed to this report.