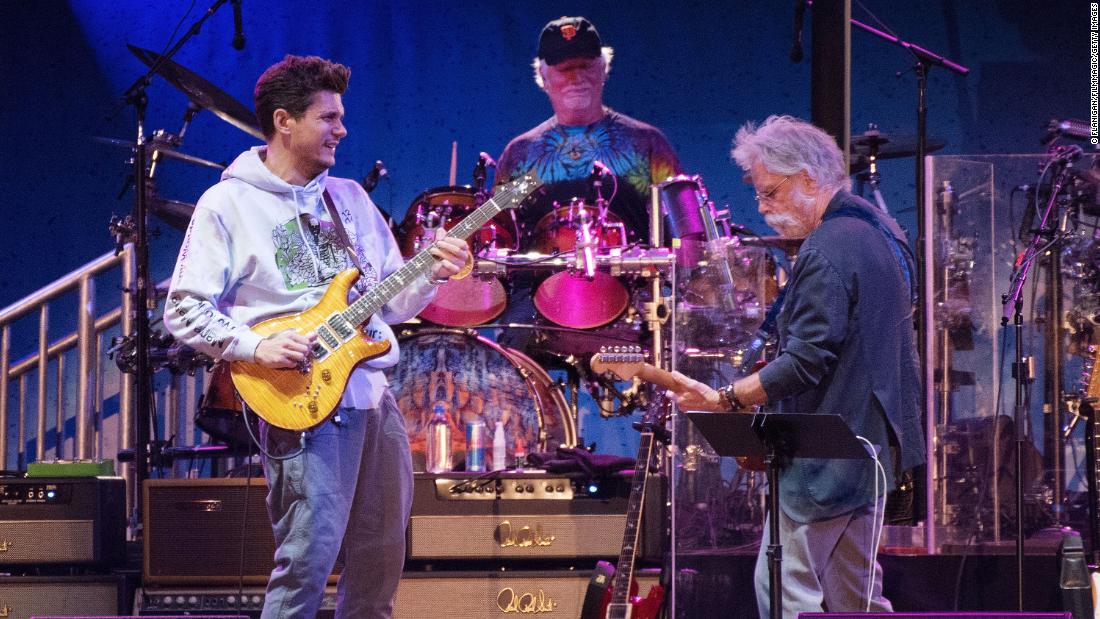 The “Gravity” singer announced Wednesday that while his father was transported to an ER where “he received much needed and great care,” Mayer wouldn’t be able to perform with the group at their New York show.

“He is now fairly stable and will continue to undergo some procedures, but as you can understand, I have to stay in NYC and can’t play tonight’s show in Saratoga Springs,” Mayer said in an Instagram story shared Wednesday.
Dead & Company announced a few hours after Mayer’s post that the group wouldn’t perform in Saratoga Springs and that ticket holders would be refunded. The remaining tour dates were not affected by Wednesday’s cancellation, the band said.
Mayer’s father Richard celebrated his 90th birthday in 2017, according to an Instagram post Mayer shared that year. Also in 2017, Mayer established a scholarship fund named for his father, Variety reported at the time. The scholarship honored Richard Mayer’s tenure as a high school principal in Connecticut.

Dead & Company is scheduled to perform Friday in Virginia and will end their tour on July 16. The psych-rock group’s lineup includes Grateful Dead members like Bob Weir and contemporary artists like Mayer who perform new covers of Grateful Dead classics.