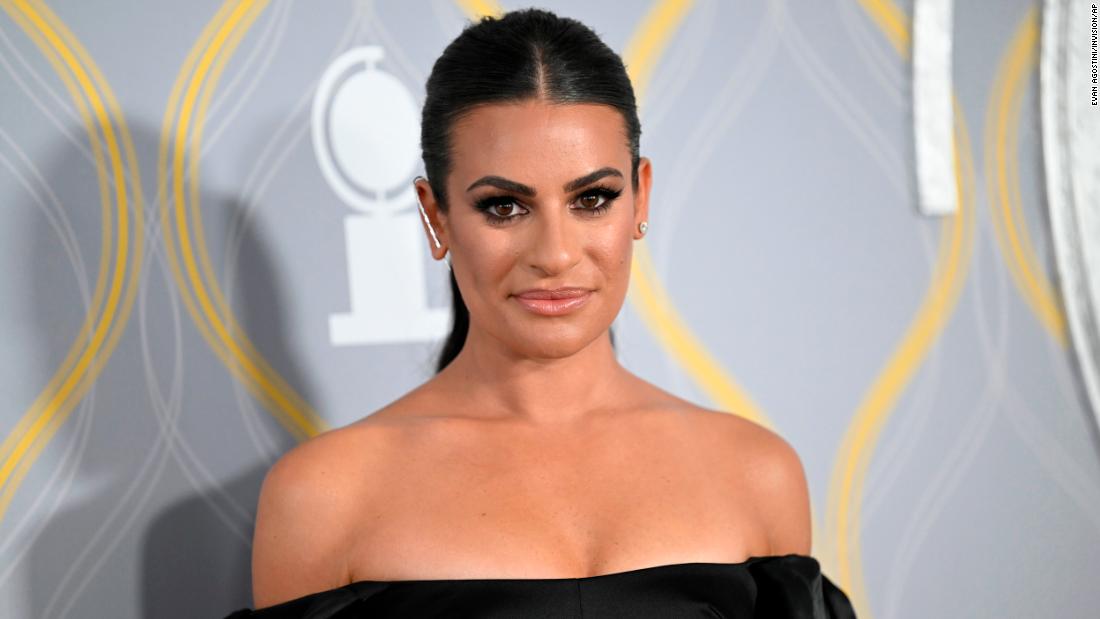 Michele, a Broadway veteran known for starring on “Glee,” has been publicly angling for the role of comic heroine Fanny Brice for years. This month, she finally got her chance, when “Funny Girl” producers announced that Michele would replace Feldstein, the comic breakout star of films like “Booksmart,” as protagonist Fanny Brice.
But “Funny Girl’s” road back to Broadway has been anything but smooth: Between planned and canceled revivals, accusations that Michele was abusive to a Black co-star on the “Glee” set and overwhelmingly negative reviews for Feldstein’s performance, the revival has been besieged by setbacks. Revisit the winding chain of events below, from Barbra Streisand’s debut to the current casting snafu.

“Funny Girl” is Barbra Streisand’s show, and that’s half the battle of bringing it back to Broadway without her. Fanny Brice is the role that makes her a star. She originates the role of Brice, a vaudeville comedian, on Broadway and later wins an Oscar for its film adaptation. “Don’t Rain on My Parade” becomes one of her signature songs and “hello, gorgeous” one of her signature lines. “Funny Girl” is not revived on Broadway after Streisand appears in it because it is assumed that no other actress can sing a song like “I’m the Greatest Star” and convince an audience that it’s true like Babs can … until nearly 60 years later.

It’s the mid-season finale of the first season of “Glee,” and theater kids everywhere are glued to Fox. The episode is set at show choir sectionals, and our McKinley High School glee club is determined to shed their underdog status and finally win something.

It seems unlikely at first that the beloved Gleeks will get their happy ending. But then, Michele, playing obnoxious-yet-undeniably-talented lead Rachel Berry, struts out into the audience to perform a soaring rendition of “Don’t Rain on My Parade.” It’s a triumphant performance that introduces the Streisand standard to a new generation of viewers, secures the win for the New Directions glee club and unofficially kicks off Michele’s campaign to play Fanny Brice on Broadway.

June 2010: Michele appears on the Tonys to sing ‘Parade,’ again

Michele, who starred in Broadway’s “Spring Awakening” before assuming the role of Rachel Berry, returns to her theatrical roots by reprising her performance of “Don’t Rain on My Parade” at the 2010 Tony Awards. It’s similar to the “Glee” number in that she sings it mostly from the audience, except now she’s surrounded by greats like Angela Lansbury and Denzel Washington.
Her performance might’ve been another public audition: Earlier that month, CNN writes about rumors that “Funny Girl” could return to Broadway in 2011, starring Michele. Digital readers mostly say it’s a bad idea.

June 2011: A ‘Funny Girl’ revival is planned without Michele

Broadway director Bartlett Sher, who throughout his career has revived beloved classic musicals, announces he’ll take Fanny Brice’s story back to Manhattan. “Six Feet Under” star Lauren Ambrose is rumored to be his Fanny, with Bobby Canavale as her love interest. But after four investors pull out of the production as fears of flagging ticket sales mount, the revival is canceled. Ambrose lives her Broadway heroine dreams in 2018 when she’s cast as Eliza Doolittle in the Sher-directed revival of “My Fair Lady.” Michele will not appear on Broadway for another decade.

In “Glee’s” fifth season, Michele’s Rachel moves to New York and devotes her life to scoring the lead in a revival of “Funny Girl.” Her frenemy and former glee club teammate Santana Lopez (played by the late Naya Rivera) is also vying for the lead role. Rachel ends up getting cast, but so does Santana — as Rachel’s understudy. The producers of this fictional revival say the competition between the two will drum up buzz for the show — and years before the real-life “Funny Girl” revival makes it to Broadway, art imitates life.

Guesting on Andy Cohen’s “Watch What Happens Live,” Michele confidently tells the Bravo executive that her “Glee” godfather, series creator Ryan Murphy, obtained the rights to produce a “Funny Girl” revival IRL, and she’ll be playing Fanny, natch. At this point, Michele has performed much of the “Funny Girl” score already on “Glee.”
But it isn’t to be — Murphy says in fall 2015 that there are no longer plans for him to revive “Funny Girl” for the stage. He says that since Michele performed “so many of those songs and so many of those scenes that in a weird way, I feel like we did it.” Michele’s dreams are dashed once more, “Glee” ends the following year and aside from Michele mentioning her “Funny Girl” aspirations a few more times over the years, news of a revival remains dormant.

2020: Michele is accused of creating a toxic work environment on ‘Glee’

Samantha Marie Ware, who appeared on “Glee’s” final season, accuses Michele of creating a negative experience on the set of the show. Ware, who is Black, writes that Michele made her first TV show “a living hell” and exposed her to “traumatic microaggressions.” Meal delivery service HelloFresh severs ties with Michele over Ware’s accusations, and Michele responds to Ware’s comments and apologizes for “any pain which I have caused.”

August 2021: ‘Funny Girl’ is coming to Broadway — with Beanie Feldstein

A “Funny Girl” revival is finally coming to Broadway after a 2016 West End revival received fine reviews. But this newest iteration of the show will star Feldstein, a well-reviewed film actor who is mostly untested when it comes to her ability to lead such a vocally challenging musical. (She also appeared in the celebrated 2017 revival of “Hello, Dolly!” in the supporting role of Minnie Fay.) Feldstein repeatedly says that playing Fanny has been her lifelong dream.
“Glee” viewers/anyone aware of pop culture in 2009 wonders what Michele makes of this casting. She comments on Feldstein’s Instagram to congratulate her: “YOU are the greatest star! This is going to be epic!!!”

The revival’s reviews are damning, and most of them take aim at Feldstein’s vocal abilities. Helen Shaw of New York writes that Feldstein’s “voice lets her down” and describes her singing as “piercing and unpleasant.” The New York Times’ Jesse Green is slightly kinder; he calls her “good” and “funny enough in places,” though he acknowledges that her voice is “not well suited to the music.”
The consensus is that Feldstein was miscast as Fanny. She goes on to miss several performances due to a Covid-19 infection and tonsillitis. She says she’ll depart the show in September.

“Funny Girl” ticket sales gradually dip, hitting new lows the first week in July, when sales sink more than 10% from the previous week, according to Broadway World. There are rumblings that producers plan to replace Feldstein with Michele, who’s proven time and again (and again) that she can sing the challenging “Funny Girl” score.
The Daily Beast provides some insights: After learning on Gawker (from an anonymous source) that Michele would replace Feldstein, the “Booksmart” actress reportedly stopped communicating directly with producers.
On July 10, she announces to surprised fans (and, according to the Daily Beast, surprised producers) that she will leave the show at the end of July instead of the end of September, as she’d previously stated. She attributes her departure to producers taking the show “in a different direction.”
The production announces Michele’s casting the next day. Michele says “a dream come true is an understatement.”

Michele’s casting is extremely controversial: Though she’s a talented performer, many theater fans online recall accusations that she targeted Ware on “Glee” and created a toxic work environment. Ware comments on Michele’s casting: “Yes, I care. Yes, im [sic] affected … Yes, I was abused. Yes, my dreams were tainted. Yes, Broadway upholds whiteness.”
Despite her reputation on set, anticipation of Michele as Fanny Brice causes a stir among some audience members with deep pockets. On SeatGeek, tickets for Michele’s opening night sell for as much as $2,500 (without fees, which also add up to around $500, according to Variety).